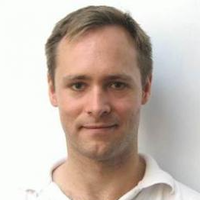 New study findings suggest benzodiazepine or benzodiazepine-like hypnotic use during pregnancy is associated with a mean decrease in birth weight of 79 g.

Although the magnitudes of the findings had no obvious clinical relevance, study authors determined the drugs should only be used in pregnancy after a thorough evaluation of the benefits and risks for the mother and child.

Anders Huitfeldt, MBBCh, BAO, ScD, and a team of investigators aimed to determine whether exposure to benzodiazepines or benzodiazepine-like hypnotics in pregnancy was associated with greater risk of negative immediate pregnancy outcomes compared with non-exposure. The colleagues based the study on the Norwegian Mother, Father, and Child cohort study which used data from the Medical Birth Registry of Norway. They recruited pregnant women from Norway from 1999-2008. The study cohort included 114,500 children, 95,200 mothers, and 75,200 fathers. The investigators included 82,038 pregnancies in the primary analyses and 19,554 women who experience mental health or sleeping issues before or during pregnancy in a secondary analysis.

Data on self-reported drug use was collected from Norwegian Mother, Father, and Child questionnaires 1, 3, and 4. Women were asked a range of disease-oriented questions such as whether they had had depression, anxiety, or mental disorders before or during pregnancy or sleeping problems during early pregnancy. Mothers gave information on whether medications were used in four-week intervals during pregnancy.

Huitfeldt and the team included 82,083 singleton pregnancies in women who completed all 3 questionnaires. The mean maternal age was 30.2 years while 45.9% of women were primiparous and 51.2% of infants were boys.

The association of exposure with birth weight could be explained by earlier delivery rather than impaired intrauterine growth, the investigators concluded.

The study, “Associations of Maternal Use of Benzodiazepines or Benzodiazepine-like Hypnotics During Pregnancy With Immediate Pregnancy Outcomes in Norway,” was published online in JAMA Network Open.

Click here to sign up for more HCPLive® content and updates.
Related Coverage >>>
Kenneth Koblan, PhD: SEP-4199 Showing Promise Treating Bipolar Depression
Banafsheh Kashani, MD: Uterine Fibroids and the Importance of FDA Approvals
Banafsheh Kashani, MD: Telemedicine for Women's Health During COVID-19
You May Also be Interested in
Most Popular
Denise Daley, PhD: Early Asthma Interventions for Infants
Immunosuppressive Agents for MS Can Be Lethal in Chagas Disease
Consequences of Poor Sleep in the Elderly
Why Do Some People Get HIV After Exposure But Others Don't?
Top 10 Painkillers in the US