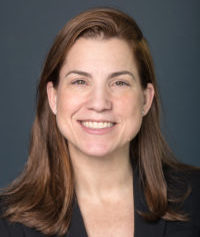 A popular drug to treat anxiety may be misused and abused by children, leading to increased overdose and fatality rates.

The investigators analyzed the data using chi-square tests and found that the rate of pediatric benzodiazepine exposure increased 54% between 2000-2015. They also found that the severity of medical outcomes and prevalence of co-ingestion of multiple drugs increased, particularly for individuals between 12-18 years old.

Approximately 50% of all reported exposures in 2015 were classified as intentional abuse, misuse, or attempted suicide, which reflects a change from data reported in prior years.

The most commonly identified pediatric benzodiazepines of exposures were alprazolam, clonazepam, and lorazepam.

In recent years, prescription drug abuse resulting in death have been an issue for people of all ages. While opioid analgesics are often pinpointed as the cause, there has been an increase in benzodiazepine exposures and overdoses.

The investigators suggest medical providers and caretakers be cognizant of the growing epidemic and take measures to avoid preventable harm to patients.

"While benzodiazepine overdose by itself is typically not life-threatening, the findings of this study show an increase in teens taking one or more additional substances, which increases the severity of the effects, including death or life-threatening symptoms that can affect future health," Calello said in a statement.

Approximately 70,000 children receive emergency care annually because of medication overdoses, with 12% of these visits requiring hospitalization. According to Calello, the increased availability of prescription medications is a likely cause of both adult and pediatric poisonings.

According to a 2017 study, combining benzodiazepine with an antidepressant treatment regimen can create an addictive habit.

In the clinical trial, investigators paired benzodiazepine anxiolytic with an antidepressant for approximately 10% of patients starting medication treatment for major depression in a large US population study and found 12.3% of those patients continued the benzodiazepine for longer than 6 months and 2.4% continued it after stopping the antidepressant.

The study, “Child and adolescent benzodiazepine exposure and overdose in the United States: 16 years of poison center data,” was published online in Clinical Toxicology.

Click here to sign up for more HCPLive® content and updates.
Related Coverage >>>
ACR Releases First Guidelines for Reproductive Health in Rheumatic Diseases
Young Mothers Face More Mental Health Hurdles
FDA Approves CM-1500 Blood Volume Monitor
You May Also be Interested in
Most Popular
The Fear of the Coronavirus, and the Reality of the Flu
Dream Experiences Shed Light on Neurophysiology of Narcolepsy
FDA Expands ALS Oral Drug Riluzole to Feeding Tube Use
Socioeconomic Status, Racial Disparity at the Heart of US Pollution
Dilsher Dhoot, MD: The Future Focus of DME Research