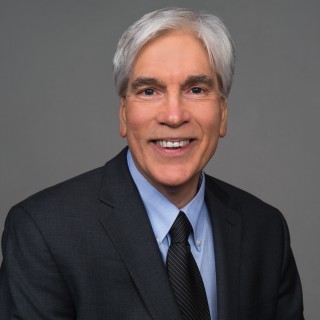 Investigators have identified a subpopulation of patients with chronic obstructive pulmonary disease (COPD) who may benefit in symptom reduction with 100 mg benralizumab (FASENRA).

New analyses of nearly 4000 patients included in the phase 3 GALATHEA and TERRANOVA trials showed clinical and physiological characteristics of patients with COPD, including elevated blood eosinophil counts, could indicate which patients could benefit most from severe asthma-indicated monoclonal antibody.

Investigators, led by Gerard J. Criner, MD, of the Lewis Katz School of Medicine at Temple University, conducted the AstraZeneca-funded assessment of 3910 adults with COPD who received benralizumab in either the GALATHEA or TERRANOVA trial.

At study enrollment, patients were 40-85 years old, with reported moderate to very severe airflow limitation and elevated blood eosinophil counts. Patients had ≥2 exacerbations or 1 severe exacerbation in the past year while on dual inhaler therapy (inhaled corticosteroid [ICS] plus long-acting beta2 agonists [LABA] or LABA plus long-acting muscarinic antagonists [LAMA]).

In these patients during the 2 previous trials, they were administered 30 mg or 100 mg subcutaneous benralizumab every 8 weeks, with the first 3 doses every 4 weeks, along with triple therapy (ICS+LABA+LAMA). The regimen did not significantly reduce exacerbations versus placebo.

They assessed for a primary endpoint of annual exacerbation rate for benralizumab versus placebo, with intent to identify the particularities of patients with COPD who had the greatest treatment effect.

Experts frequently stress the importance of reducing exacerbation frequency and severity in patients with COPD—though it’s not often expected a drug such as benralizumab would play that role.

Though there are no such approved drugs for COPD yet, a patient could benefit from a biologic such as benralizumab if their symptoms are uncontrolled despite ICS, LAMA, and LABA treatment.

“A number of the biologics that are being used in asthma have had studies or studies ongoing looking at a subset of individuals with COPD who may respond,” Rizzo said. “And in particular, that may include individuals who have a high eosinophil in their blood.”

Criner and colleagues concluded increased blood eosinophil plus the observed clinical characteristics identified a population of COPD patients wh would benefit from 100 mg benralizumab. They called for prospective evaluation of their findings in future clinical trials.

The study, “Predicting response to benralizumab in chronic obstructive pulmonary disease: analyses of GALATHEA and TERRANOVA studies,” was published online in The Lancet Respiratory Medicine.

Click here to sign up for more HCPLive® content and updates.
Related Coverage >>>
Experts Advise on Asthma Care, Management during COVID-19
Dupilumab Hits Phase 3 Endpoints for Eosinophilic Esophagitis
Advancing Biologic Research in Asthma
You May Also be Interested in
Most Popular
When to Suspect Diarrhea is Symptom of a Clostridium Difficile
FDA Clears Embrace Epilepsy Smartband for Pediatric Use
Off-Label DOAC Use Not Appropriate for LV Thrombi, Increases Stroke Risk
Heart Failure Patients Could Benefit from Palliative Care
High-Potency Cannabis Linked to Poor Mental Health