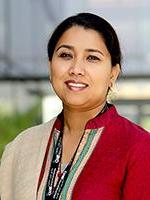 Initiating estradiol therapy within the first 6 years following onset of menopause could pay major dividends for a woman’s cardiovascular health later in life, according to the results of a new study.

A retrospective analysis presented at the American Heart Association (AHA)’s Epidemiology and Prevention (EPI) Lifestyle and Cardiometabolic Health Scientific Sessions 2020 is shedding more light on the effects of the hormone therapy for preventing atherosclerosis and plaque buildup in artery walls.

"Our results show that starting estradiol soon after the onset of menopause may result in fewer cholesterol deposits in the arteries, compared to women starting estradiol much later," said lead investigator Roksana Karim, PhD, MBBS, associate professor of clinical preventive medicine at the Keck School of Medicine at USC, in a statement.

To further assess the effect timing of initiation of estradiol therapy, Karim and a team of colleagues conducted a secondary analysis of the Early versus Late Intervention Trial with Estradiol (ELITE) study. ELITE evaluated the effects of 1 mg of daily estradiol therapy versus placebo within the first 6 years proceeding or 10 or more years after onset of menopause—patients were assessed every 6 months over a median of 5 years of follow-up.

While initial results of the ELITE study demonstrated earlier initiation of the hormone therapy appeared to have a beneficial effect on artery wall thickening. However, Karim and her team sought to evaluate estradiol’s effect on heart health through other avenues—specifically, through the use of grey scale median (GSM).

Briefly, GSM is a qualitative measure of atherosclerosis based on echogenicity. Investigators' point of lower GSM values indicate more lipid deposition and assessments of GSM and serum concentrations of estradiol were performed every 6 months.

The analysis revealed estradiol therapy had significantly differing impacts on the annual rate of GSM progression, with early initiation inducing a stronger response than late initiation (P for interaction = 0.006). There annual GSM progression rate among women receiving estradiol therapy in the earlier post menopause group was -0.30 (95% CI, -0.63 to 0.04) per year compared to -1.41 (95% CI, 1.77 to -1.06) for patients receiving placebo (P <.0001). In comparison, GSM rate did not differ significantly between the estradiol group and the placebo group among the late menopausal women (P = .37).

Additionally, investigators noted a positive association between mean on-trial serum estradiol trial level and GSM progression rate was stronger and significant among early postmenopausal women (0.008 [0.0007 to 0.016]) compared to women in the later post menopause group (0.003 [-0.006 to 0.01]). Investigators pointed out a differential association between estradiol serum levels and GSM progression was not statistically significant (P for interaction = .33).

This study, “Effect of Estradiol Therapy on Arterial Wall Echomorphology in the Early versus Late Intervention Trial With Estradiol(elite),” was presented at AHA EPI Lifestyle Conference 2020.