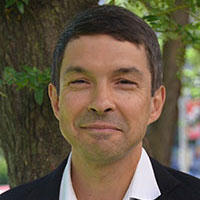 Christopher Parshuram, MBChB, DPhil, FRACP
Implementing the Bedside Pediatric Early Warning System (BesidePEWS) is inconsequential in reducing all-cause mortality among hospitalized pediatric patients, but does result in a lowered incidence of late admission to the intensive care unit (ICU), according to research.

Led by Christopher Parshuram, MBChB, DPhil, FRACP, a staff physician at the Hospital for Sick Children and an associate professor of critical care medicine and pediatrics at the University of Toronto, the team noted that these findings do not support the use of BedsidePEWS to intervene in regard to mortality reduction.

“This failure of the BedsidePEWS intervention to positively reduce mortality rates may be difficult to reconcile with the expectation that outcomes can be improved if early clinical changes are identified,” Neil A. Halpern, MD, MCCM, wrote in an accompanying editorial.

Although BedsidePEWS lacked a decrease in all-cause mortality, the system is still a highly validated and practically oriented system of care that is beneficial for clinical routines, Parshuram told MD Magazine.

“It was chosen as the best in class to compare vs. usual care in the EPOCH trial, the largest randomized trial of hospitalized children to date,” he said. “It studied the implementation of a complex healthcare intervention, that involved changing the core business of hospitals. That hospital leaders—CEOs and other leaders—agreed for their hospitals to participate, is [a] testimony to their desire to help generate this type of evidence to inform [the] delivery of care and may be seen as a template for future studies.” 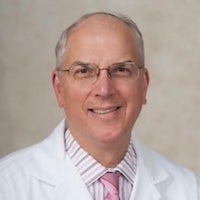 “This is the key objective of Early Warning Systems, and for clinicians and individual patients alike an important objective—avoiding late ICU admission,” Parshuram said.

The reduction in late ICU admission did not translate into a measurable difference in mortality, due to the mortality rate being too low for a significant effect to be found in the mixture of hospitals studied, Parshuram said. In turn, he said, this poses a question about the relevance of seeking lower mortality when rates are close to zero, and not all patients are curable.

Ultimately, Halpern concurred with Parshuram, noting that “it is possible that there were not enough deaths overall to show a difference. Regardless, some have suggested that mortality as a primary outcome is limited, and perhaps mortality would be a better outcome measure if combined with other parameters that may be improved by various interventions.”