Bathing in the Dead Sea, and Other Alternative Therapies for Atopic Dermatitis 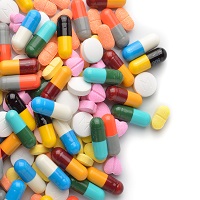 Conventional treatments for atopic dermatitis (AD) abound, including the four main pillars: moisturization, anti-inflammatories, antibacterials, and antipruritics. But AD is also considered by many to be a prime target for complementary and alternative medicine (CAD), in part because its pathogenesis is not well-understood and because it often comes and goes without clear precipitants.  Many dermatologic practitioners who might consider treatment with CAD echo a simple refrain: “Show me the evidence.”

A recent article in Evidence-Based Complementary and Alternative Medicine provides a thorough review of the evidence—sometimes, admittedly, scant—behind some of the more common CAD techniques used to treat AD. The introduction to the review includes a very pithy statement about CAD overall: “A functional definition for alternative and complementary medicine can simply be approaches that are not evidence-based. Overwhelmingly, however, this is because there is simply insufficient evidence rather than evidence against the therapy.”

The techniques reviewed include use of textiles, vitamin supplements, climatotherapy, probiotics, and bleach baths, among others. The authors acknowledge upfront that, by definition, none of the techniques have enough clinical research data showing them to be effective, but many show enough promising evidence that may one day lead to mainstream acceptance with further research. At the very least, the authors note, the review may help guide practitioners in discussions with patients who request or insist on alternative approaches.

One of the more interesting topics in the review was the look at climatotherapy—essentially isolation of patients in a “healing” environment such as seaside and mountain clinics. Regional variation in incidence of AD supports the idea that climate plays a big factor in the condition.  A number of studies in locations such as Switzerland and Germany, at high elevations, showed that disease activity was decreased in the majority of patients at the end of the climatotherapy sessions, based on Physicians Global Assessment (four studies, 39,052 patients) or eczema severity indices such as SCORing Atopic Dermatitis (SCORAD) (four studies, 451 patients). Topical and systemic corticosteroid use was also reduced.

“These climate therapy programs are not practical for most patients,” the study authors note, “however, [they] may be something to consider in a select patient population and support observations regarding the impact of climate on patients with AD.” Other studies have shown a reduced AD prevalence in areas with high relative humidity, high UV index, high mean temperature, reduced precipitation, and fewer days of central heating use.

The review also looks at the potential healing powers of the Dead Sea in Israel, which has attracted patients with a wide variety of ailments for centuries. The waters are rich in minerals believed to promote skin healing, and indeed, studies have shown that bathing in the Dead Sea for 20 minutes, twice daily, with subsequent increasing gradation of sun exposure, found significant improvement in AD severity and quality of life measures. Again, the clinical practicality of this treatment is not high for most, but it may be possible to replicate the environment in other places.

“While these [techniques] are largely unproven, many have compelling scientific rationales and promising preliminary evidence to warrant further study,” the authors conclude. “Having a large palette of potential treatments allows for better customization for patients and provides a resource for continued hope in the face of an incurable and often demoralizing disease.”


Click here to sign up for more HCPLive® content and updates.
Related Coverage >>>
Nemolizumab, Topical Agents Reduce Pruritus Related to Atopic Dermatitis
Isotretinoin Improves Quality of Life for Patients With Acne
Free Webcast on Pediatric Atopic Dermatitis Scheduled for July 23
You May Also be Interested in
Most Popular
GLP-1 Receptor Agonists and SGLT2 Inhibitors Among the Hottest Advances in the Field of Anti-Hyperglycemia
Should Women Age 65 and Older Be on Hormone Therapy?
Kenneth Koblan, PhD: Gaps in Treatment for Bipolar Depression
Guidelines for Exercise After a Tummy Tuck Procedure
Denise Daley, PhD: Early Asthma Interventions for Infants