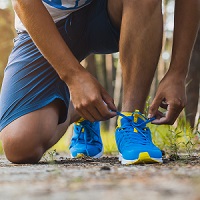 The baseline fitness levels could be a predictor of future success in exercise programs aimed at weight loss.

A team, led by Adnin Zaman, MD, University of Colorado, determined the association between baseline fitness and changes in body weight and device-measured levels of moderate-to-vigorous physical activity (MVPA) during a behavioral weight loss program in data planned for prensation at ENDO 2020, the Endocrine Society’s annual meeting.

Baseline cardiovascular fitness is a significant predictor of future success in a comprehensive behavioral weight loss program, but few studies have looked at the link between baseline fitness and future weight loss.

The study included 85 adults who were enrolled in an 18-month behavioral weight loss program that combined a calorie-restricted diet, group-based behavioral support, and 6 months of supervised exercise that progressed to 300 minutes per week of moderate-intensity exercise.

This program was followed by 12 months of unsupervised exercise.

The investigators used data from the 60 adults who completed the 18-month program in the final analysis of the study. They measured moderate-to-vigorous physical activity over 1 week using the Sensewear Armband at baseline and months 6, 12, and 18.

The investigators used a linear mixed effects model with unstructured covariance to examine the association between baseline fitness category and changes in body weight, total moderate-to-physical activity, and moderate-to-vigorous activity in bouts ≥10 minutes at the 4 time points.

Because of the low proportion participants having fair or better fitness, the investigators created a binary fitness variable (very poor vs. poor or better). Baseline body mass index was higher in the very poor category when compared to those in the poor or better category (36.2±4.2 vs. 33.7±4.0; P = 0.03).

At 18 months, both groups increased their bout moderate-to-vigorous physical activity, but this remained lower in the very poor group compared to the poor or better group  (24±29 vs. 42±29 min/d; P = 0.03).