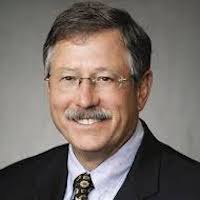 Lynn Kramer, MD
Positive topline results from Study 201, a phase 2 study of BAN2401, an investigational Alzheimer Disease (AD) therapy, have been announced by Eisai Co. and Biogen, with the treatment achieving statistically significant results on key efficacy endpoints after an 18-month period.

The anti-amyloid beta protofibril antibody resulted in slowed progression in AD Composite Score (ADCOMS), as well as a reduction of amyloid-positron emission tomography (PET) measured amyloid accumulation in the brain.

“This is the first late-stage anti-amyloid antibody study to successfully achieve statistically significant results at 18 months, further validating the amyloid hypothesis,” said Lynn Kramer, MD, the chief clinical and medical officer in the Neurology Business Group at Eisai, in a statement. “We will discuss these very encouraging results with regulatory authorities to determine the best path forward. We continue to work towards the goal of delivering BAN2401 to patients and healthcare professionals as early as possible.”

Jeff Cummings, MD, the founding director of Cleveland Clinic Lou Ruvo Center for Brain Health, agreed, noting that he found the results "impressive" and that he was looking "forward to seeing the full data set shared with the broader Alzheimer’s community as we advance against this devastating disease.”

The results, as any successful showings are, certainly are a welcoming sign for those in the AD community. At the American Academy of Neurology’s Annual Meeting in April 2018, Gregory Day, MD, MSc, told MD Mag that one of the biggest challenges in attempting to treat AD is the ability to get funding for clinical trials—partly due to a lack of success.

“You don’t have to look too far to see the graveyard of past studies that have not panned out and the billions of dollars that have been spent pursuing therapies that were not effective,” Day said. “What do we need to change that landscape? One drug that’s effective will certainly change that landscape, as it has for other disease states, like multiple sclerosis.”

In December 2017, it appeared that BAN2401 might be an addition to that graveyard. At the time, it was reported that the primary outcome of Study 201 was not met, with its success being judged as a ≥80% probability of achieving a clinically significant difference, or a ≥25% reduction in the rate of decline in ADCOMS compared to placebo. However, according to BAN2401’s pair of developers, that outcome “was designed to enable a potentially more rapid entry into [phase 3] development based on Bayesian analysis at 12 months of treatment.”

The results revealed a slowing of disease progression after 18 months in the patients on the highest dose, 10 mg/kg biweekly, compared to placebo. In that dose group, the amyloid PET analysis also showed significant reductions of amyloid PET standardized uptake value ratio (SUVR) and amyloid PET image visual read of subjects adapting from positive to negative for amyloid in the brain.

In terms of safety, the therapy was acceptably tolerable, with the most common treatment-emergent adverse event (AE) reported as infusion-related reactions, most of which were mild to moderate, and Amyloid-Related Imaging Abnormalities (ARIA). ARIA edema did not occur in >10% of patients in any treatment arms and <15% of patients with APIOE4 at the highest dose, per protocol safety and reporting procedures.

“The prospect of being able to offer meaningful disease-modifying therapies to individuals suffering from this terrible disease is both exciting and humbling,” said Alfred Sandrock, MD, PhD, the executive vice president and chief medical officer at Biogen, in a statement. “These BAN2401 18-month data offer important insights in the investigation of potential treatment options for patients with Alzheimer’s disease and underscores that neurodegenerative diseases may not be as intractable as they once seemed.”

The therapy selectively binds to neutralize and eliminate the soluble, toxic Aβ aggregates which are believed to aid the neurodegenerative process in AD. Per se, BAN2401 may have the potential to have a pathological effect on the disease to slow down its progression.

According to Biogen and Eisai, the detailed findings will be presented at future academic conferences.