Bacterial Infection May Be True Cause of COPD 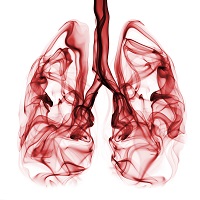 Bacteria are often present deep inside the lungs of chronic obstructive pulmonary disease (COPD) patients, according to a study published in Nature Communications.

Researchers from Vanderbilt University used a two-year grant from the American Lung Association to investigate the function of the body’s mucus membranes, such as those found in the nose and lining of the lungs. One long-standing belief about COPD is that inhaling toxic gases and particles from tobacco smoke causes the inflammation in small airways, leading to COPD development. But the study authors said this theory fails to explain why the disease continues to progress even after smoking cessation.

The researchers noted that these surfaces typically have barriers that prevent bacteria from penetrating deep into the tissue of those organs. However, the study authors previously demonstrated that COPD patients often lack this barrier, called secretory immunoglobulin A (secretory IgA), and used mice lacking secretory IgA to test their hypothesis.

The mice appeared healthy when they were born, but as they got older, the mice developed increased bacterial invasion, chronic inflammation and damage to their lungs mimicking human patients with COPD, the researchers reported. Often, these changes were present without exposure to cigarette smoke or other toxin exposure.

“These findings suggest that over time changes in the airways resulting from cigarette smoke exposure make the lungs more susceptible to bacterial invasion,” first author Bradley Richmond, MD, explained in a press release. “This may explain why inflammation persists in COPD even after patients stop smoking.”