Autism Treatment Fads Still Popular Even Though They Are Not Effective 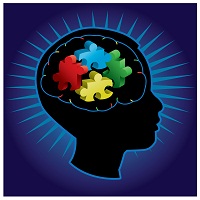 Part of the reason autism treatment fads persist even after they’ve been debunked is because of parents’ or caregivers’ need to understand the patients’ thoughts, needs, and wants, according to evidence published in the journal Evidence-Based Communication Assessment and Intervention.

Researchers from Emory Health Sciences evaluated several therapies commonly used in autism treatment and reported that many of them have been thoroughly discredited. The reason they persist, however, is because of an extremely vulnerable caregiver community.

After reviewing published surveys of practitioner use and prior research into these therapies, the researchers were able to analyze why they continued to crop up over and over. The rise of fads as treatments and quick fixes may stem from the difficulties presented in treating autism.

“Hope is a great thing, I'm a strong believer in it,” explained lead study author Scott Lilienfeld in a press release. “But the false hope buoyed by discredited therapies can be cruel, and it may prevent people from trying an intervention that actually could deliver benefits.”

The researchers specifically focused on facilitated communication, introduced to the United States in the early ’90s, which is advertised as the ability to allow previously nonverbal individuals with autism and related disorders to type using a keyboard or letter pad. The facilitator can support the individual’s arms, which allows the person to type words or full sentences. This therapy was determined to be ineffective soon after its introduction, because studies had overwhelmingly concluded that the facilitators were guiding the patients’ hands toward the desired letters. The Emory press release compared facilitated communication to players using a Ouija board to unconsciously guide numbers and letters.

The authors of this analysis found that facilitated communication is still widely used and discussed in the autism treatment community – even though science has declared the method faulty. Not only do physicians need to educate the caregiver community and the public about what methods of therapy do work successfully, but there also need to be discussions about what does not work, the researchers stressed.