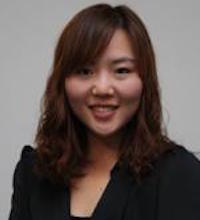 Investigators used the Bright model developed by the Center for Disease Analysis (CDA), which has been used in several countries to assess HCV prevalence and the effect of interventions, to project progress in Australia. They simulated 'pessimistic,' 'intermediate' and 'optimistic' treatment scenarios in Australia for the period of 2016-2030, incorporating data on the utilization of direct-acting antivirals (DAA) through 2017.

Lead author Jisoo Kwon, PhD, Surveillance Evaluation and Research Program, the Kirby Institute, University of New South Wales, Sydney, Australia, told MD Magazine® that the country is projected to achieve WHO HCV incidence of 80% decline and treatment of 80% treated targets by 2030 under the intermediate DAA scenario.

"The achievement relates to a high percentage of the chronic HCV population being diagnosed (81%) and continued DAA uptake (at around 14,000 treated per year)," she said.

In March 2016, Australia was one of the first countries to provide funding for broad access to DAA therapy, without restrictions based on liver disease stage or substance use. In addition, all physicians regardless of specialty were authorized to prescribe DAA therapies.

The investigators extended previous statistical models to capture a 95% sustained virologic response (SVR) rate for DAA therapy in F0-F3 stages of fibrosis, and a 90% SVR rate in the advanced HCV stages. In addition, the model was extended to account for individuals with advanced HCV having a higher treatment rate, as their clinical care is given higher priority.

The investigators projected that HCV testing rates and the harm reduction programs would remain at least at 2016 levels, which, they indicate, reflects their "clear focus on the requirement for combined treatment and prevention strategies."

"Australia is in the fortunate position to have a high percentage of the chronic HCV population diagnosed (81%), and therefore can achieve HCV elimination targets under stable ongoing HCV screening," investigators wrote.

Other assumptions included that populations who are cured have reduced progression rates from F3 to hepatocelluar carcinoma (HCC) (77% reduction) and from F4 to decompensated cirrhosis (DC) (76% reduction) and HCC. The modeling also assumed that the population who cleared HCV virus does not regress to earlier stages of HCV.

Assumptions about mortality were based, in part, on evidence from hepatitis B virus treatment, including that successful SVR following DAA treatment of HCV will reduce mortality by 50% in people living with DC and HCC.

The study, Australia On Track to Achieve WHO HCV Elimination Targets Following Rapid Initial DAA Treatment Uptake: A Modeling Study, was published online in the Journal of Viral Hepatitis.

Click here to sign up for more HCPLive® content and updates.
Related Coverage >>>
How Will COVID-19 Change Pediatric Care?
Brian LaMoreaux, MD: Practicing Rheumatology During and After COVID-19
COVID-19 Lockdown Having an Impact on Adolescent Mental Health
You May Also be Interested in
Most Popular
FUEL: Udenafil Improves Exercise Performance, but Not Peak VO2 in Adolescents With Fontan
Experts Advise on Asthma Care, Management during COVID-19
Upadacitinib Outperforms Placebo, Adalimumab for Psoriatic Arthritis
Women Receive Less Recommended Medications at Primary Care Provider than Men
Top 10 Painkillers in the US