Athletes with ADHD at Increased Risk of Harm from Concussions 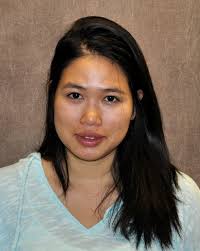 Porung Poysophon, MD, MPH, and Ashwin Rao, MD, Department of Family Medicine, University of Washington, Seattle, WA, point out that until recently, the principle focus of ADHD in athletes was on their use of stimulant medication, and the potential for abuse and possibility of use to enhance athletic performance.

"Emerging studies now demonstrate relationships between ADHD and neurocognitive conditions such as concussion in addition to its known association with other psychiatric disorders," Poysophon and Rao indicate.

Their review identified 17 studies on the interaction of ADHD in athletes with concussive injuries that met their inclusion criteria, from 328 reports published between January 2006–March 2017. The mean age of participants was 15 years, and all studies involved a greater number of males than females, ranging from 52% to 80% of the cohort. The prevalence of ADHD in athletes varied between 4.2% and 8.1%.

"Although we don't fully understand the reasons for these neurocognitive deficits, the data can help inform and hopefully improve care of our athletes," Poysophon told MD Magazine. "For example, having baseline neurocognitive testing and standardized data registries may allow for prospective review of symptoms in individualized cases, which can inform decisions in return to play."

Poysophon and Rao found 8 studies that examined the effects of a prior ADHD diagnosis on baseline and postconcussive neurocognitive testing, 7 of which used the Immediate Post-Concussion Assessment and Cognitive Test (ImPACT). The studies consistently demonstrated lower ImPACT composite scores among athletes with ADHD compared to those without.

In addition to having more adverse sequelae to concussion, 6 studies indicated that athletes with ADHD were more likely to receive a concussion. This raised the question of causality.

"Do behaviors associated with ADHD, such as impulsivity, increase risk for concussion, or does the physiology of the ADHD brain make it more prone to traumatic injury?" Poysophon and Rao posed.

The presence of ADHD also affected the reporting of symptoms. The investigators noted, however, the difficulty in distinguishing between differences in reporting and in symptom severity.   "Concussion symptoms are subjective and may be influenced by psychiatric comorbidities," they indicated.

There was no apparent interaction of treatment with psychostimulant medication and the risks from concussive injury associated with ADHD. "More data is needed to determine the effects of ADHD treatment on these neurocognitive deficits," Poysophon said. "The role of primary care providers is paramount in managing these symptoms, and in treating athletes from a global perspective."

The systematic review of neurocognitive deficits associated with ADHD in athletes was published in the January issue of Sports Health.