Asthma, Rhinitis May Be Presentation of the Same Disease 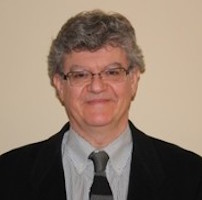 Alkis Togias, MD
Rhinitis and asthma appear to be symptoms of a single disease in different parts of the airway, according to new research.

The Asthma Phenotype in the Inner City (APIC) study, conducted by the Inner City Asthma Consortium and funded by the National Institute of Allergy and Infectious Diseases (NIAID), evaluated asthma and rhinitis in children and adolescents with the goal of identifying potential phenotypes to help improve patient-specific management.

“The need for this study stems from the realization that asthma may not be a single disease entity, a concept that many researchers currently advocate, but has not been examined in this vulnerable population,” said lead study author Alkis Togias, MD, allergist-immunologist and Branch Chief with the NIAID.

The American Academy of Allergy, Asthma and Immunology (AAAAI) has previously stated there are 2 types of rhinitis: allergic and non-allergic. Allergic rhinitis involves the immune system, which responds to allergens by releasing histamine, causing inflammatory symptoms in the nose, throat, and eyes. Smoke, strong odors, changes in temperature or humidity can also cause symptoms. Allergic rhinitis can worsen asthma.

Subjects for this study included 619 children, between ages 6-17, experiencing greater than 20% poverty, with doctor-diagnosed asthma of any severity or symptoms of asthma with albuterol use within the previous 12 months. Patients were observed over a 12-month period with 4-6 visits.

Rhinitis was also shown to be difficult to control. A majority of the children did not get full relief even when taking a combination of antihistamines and nasal corticosteroids. Of those with PARSE, 84% required continuous treatment. Of those requiring continuous treatment, 67% remained symptomatic throughout the year.

“For practicing physicians, both the nasal and the lower airways should be considered in their diagnostic process of a patient who is being evaluated for asthma,” Togias said. “Young patients with asthma should be aware that nasal symptoms are almost always part of the disease and should expect their physicians to evaluate and treat their rhinitis accordingly.”

The new question for further study is whether rhinitis is a manifestation of the same disease in the nasal airways or if there is also a vertical relationship where worse rhinitis leads to worse asthma.

“Given that the nose is the uppermost and most protective part of the airways, it is logical to consider that the vertical relationship exists, however, more work is needed to fully elucidate this relationship and understand its basis,” Togias explained.

The study, “Rhinitis in Children and Adolescents with Asthma: Ubiquitous, Difficult to Control, and Associated with Asthma Outcomes,” was published online in the Journal of Allergy and Clinical Immunology.