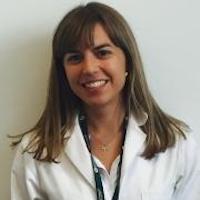 Led by Harvard University research fellow Inês Laíns, MD, the discovery of the link between DA and peripheral reticular pigmentary changes, including a peripheral mottled decreased fundus autofluorescence (FAF) pattern, could aid new insights into the clinical significance of peripheral changes in AMD and provide a useful metric for AMD detection in early stages, speeding diagnosis and thereby treatment for patients, according to the authors.

Conducted by the Harvard Ophthalmology AMD Center of Excellence in Boston, Massachusetts, the prospective, cross-sectional study included 128 eyes (n = 72) from patients over the age of 50 (mean, 68.2 ± 6.9).

All patients received additional ultra-widefield (UWF) pseudocolor and FAF photographs, as well as 7-field color fundus photographs analyzed by independent graders who noted any peripheral changes to the perimacular, midperipheral, and far-peripheral zones. Laíns wrote that to determine DA, each patient was tested—in both eyes—with a DA-extended protocol lasting 20 minutes to determine any prolonged adaptation to dark-adapt.

Data from the study was analyzed by a multilevel mixed-effect model to determine any correlated outcomes and revealed that delayed rod-intercept times (RIT) were associated with the presence of reticular pigmentary changes in the midperipheral (ß = 4.3; P = .012) and far-peripheral zones (ß = 8.4; P <.001), which included granular increased patterns, nummular decreased patterns, and a mottled decreased FAF pattern in the midperipheral zone (ß = 4.4; P = .031).

Laíns and colleagues suggested that there is a significant association between RIT and reticular pigmentary changes in the mid- and far-peripheral zones and mottled decreased patterns in the midperipheral zone, “even after accounting for relevant confounding factors such as age, AMD stage, and specific AMD changes.” Laíns argued that, in the past, these changes have been considered an “acquired, age-related process” but that the study’s findings suggest that reticular pigmentary changes are “more common in eyes with macular signs of AMD than in age-matched normal eyes.”

Laíns and colleagues wrote that analysis of new imaging options like UWF and FAF, which can reveal information that invisible or is poorly visible through solely other methods alone, can help clarify the pathogenesis of peripheral patterns and provide insights into their relevance in clinical terms.

Their study, Laíns says, “presents the first assessment of peripheral changes in AMD and time to dark-adapt” and could establish DA as a “promising functional outcome measure” in AMD. Although they suggested that more research is needed and that although their study notes a significant link between peripheral reticular pigmentary changes and DA, the possible mechanisms behind these peripheral changes and their links to DA and AMD remain to be completely established.

The study, "Peripheral Changes Associated With Delayed Dark Adaptation in Age-related Macular Degeneration" was published in the American Journal of Ophthalmology. It was developed by the faculty at Massachusetts Eye and Ear, part of the Department of Ophthalmology at Harvard Medical School.

Click here to sign up for more HCPLive® content and updates.
Related Coverage >>>
Epimacular Brachytherapy Ineffective Against Neovascular ARMD
Indoor Environment Linked to Enhanced Dry Eye Metrics
Study Identifies Potential Type 2 Diabetes plus Dry Eye Biomarkers
You May Also be Interested in
Most Popular
Denise Daley, PhD: Early Asthma Interventions for Infants
How to Spot a Bad Doctor
Top 10 Painkillers in the US
Flu Cases Near 30 Million in the US, CDC Reports
Respiratory Failure Deadlier When It Happens in Hospitals