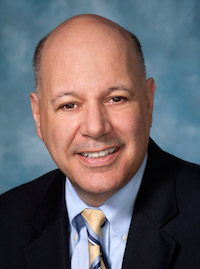 Those are the results of a new study that looked at how aspirin desensitization, a common AERD therapy, impacts alcohol allergies. About three quarters of patients with AERD also experience respiratory symptoms when they consume alcohol.

Patients with AERD suffer nasal polyps, sinusitis, and asthma when exposed to aspirin and other non-steroidal anti-inflammatory drugs (NSAIDS). A common treatment for the condition is to give patients small doses of aspirin and then steadily increase the amount as their tolerance for aspirin increases. This process usually follows endoscopic sinus surgery to remove nasal polyps. The combination treatment allows patients to then use aspirin to limit any future inflammatory polyp growth.

The question in the study was whether that treatment also impacts alcohol allergies, an important question given the high percentage of people who suffer from both conditions. To study the issue, researchers enrolled 45 patients who suffered from AERD and alcohol-induced respiratory symptoms. Thirty-seven of those patients completed the study.

Patients were surveyed before and after surgery and aspirin desensitization to gauge the extent to which alcohol consumption brought respiratory symptoms.

The University of Pennsylvania’s John V. Bosso, MD, director of Penn Medicine’s Otorhinolaryngology Allergy Clinic and medical director of the Penn AERD Center, told MD Magazine® the treatment backgrounds of the patients in the study make clear that it is the aspirin desensitization that results in the positive changes related to alcohol consumption.

It is the release of those basophils and mast cells that triggers the respiratory symptoms in people with alcohol allergies, he noted.

The good news for patients, particularly those who have already undergone multiple surgeries, is that alcohol sensitization seems to have a long-lasting, or perhaps permanent, impact.

“In our long-term study of patients undergoing coordinated complete sinus surgery followed by aspirin desensitization, approximately 90% of patients had either excellent or good responses and saw a dramatic reduction in symptoms and our Penn AERD Center re-operation rates were less than 10%,” he said.

The study, “Alcohol‐induced respiratory symptoms improve after aspirin desensitization in patients with aspirin‐exacerbated respiratory disease,” was published July 10 in the International Forum of Allergy and Rhinology.