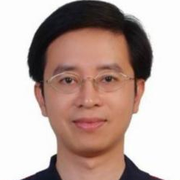 Patients with chronic hepatitis B virus (HBV) who take an aspirin a day may reduce their risk of hepatocellular carcinoma (HCC), the most common form of adult liver cancer, a new study suggests.

HBV is the most frequent cause of liver cancer globally, accounting for more than half of all cases worldwide, the American Cancer Society reported in June. An estimated 257 million people, mostly adults born before the introduction of the HBV vaccine, were living with chronic hepatitis B infection in 2015, according to the World Health Organization.

Lee presented the research in October at the American Association for the Study of Liver Diseases meeting, in Washington, DC.

The team from Taichung and elsewhere in Taiwan analyzed medical records collected from 1998 to 2012 for almost 205,000 individuals with chronic HBV.

The researchers ruled out patients who already had been diagnosed with HCC. Of the HCC-free group, the team found that 1,553 people had received daily aspirin therapy for at least 90 days. These individuals were matched 1-to-4 with 6,212 HBV patients who’d never gotten the anti-platelet treatment.

The results showed that the cumulative incidence of HCC in the aspirin-therapy group was significantly lower than in the untreated group in 5 years. The aspirin group had an HCC incident rate of 2.86%, versus 5.59% for the non-aspirin group.

Asked for his theory on why the aspirin-takers reported fewer incidents of HCC, Lee said that aspirin is known for its strong anti-inflammatory properties. The drug has been widely investigated to explore its chemopreventive effects in cancers related to chronic inflammation.

“Previous clinical research has demonstrated that aspirin can reduce cancer risk, particularly in the prevention of colorectal cancer,” Lee said.

The drug also showed promise in animal research that focused on HBV.

However, even with such research, the role of aspirin therapy in HCC prevention for human HBV carriers remained largely uncertain, he said.

“Therefore, we conducted a large-scale cohort study to evaluate the association of aspirin therapy with HBV-related HCC,” Lee said.

As for side effects, the HBV patients on aspirin therapy in the Taiwanese study had a higher risk of peptic ulcer disease.

“The risk of peptic ulcer disease should be carefully evaluated before and during aspirin therapy,” Lee said.

Lee and his team plan further work based on their findings, such as a proof-of-concept trial of aspirin chemoprevention for HCC related to HBV.

The study, "Association of Aspirin Therapy with Reduced Risk of Hepatocellular carcinoma in Patients with Chronic Hepatitis B," was published online in the journal Hepatology.