Is Arsenic Exposure a Cause of Type 1 Diabetes? 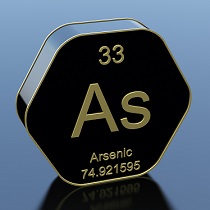 Arsenic found in the environment may have some association with the development of type 1 diabetes in youth under 18, according to a new study published in Diabetes Care.

Although there have been studies connecting arsenic and diabetes in adults, this is one of the first to look at arsenic’s possible relationship with diabetes in children and teenagers.

“[W]e found that arsenic metabolism characterized by the relative proportions of iAs [inorganic arsenic] and methylated arsenic species (MMA% and DMA%) in plasma, was associated with type 1 diabetes in children and adolescents who participated in SEARCH-CC,” Maria Grau-Perez MS and her co-authors wrote. Grau-Perez is a biostatistician and an associated staff member at Columbia University’s Mailman School of Public Health’s Department of Environmental Health Sciences.

Grau-Perez and her colleagues used biospecimens gathered from counties around Columbia, SC and Denver, Colorado as part of a larger SEARCH for Diabetes in Youth Case Control (SEARCH-CC) study. SEARCH-CC was designed to assess risk factors in youth for diabetes type 1 and type 2.

Arsenic is a suspect for several reasons, , such as: It may impair the immune system, pre-natural exposure may alter the microbiome in early childhood and increase the susceptibility to type 1 diabetes, and pancreatic B-cells are targets in humans, animals and in vitro models for a variety of types of arsenic, according to Grau-Perez and her co-authors.

The authors noted that one type of one form of arsenic, trivalent DMA, inhibits insulin-stimulated glucose uptake in cultured fat cells and is a strong inhibitor of glucose-stimulated insulin secretion in isolated islets of the pancreas, according to experimental findings.

Inorganic arsenic is a toxicant and carcinogen that naturally occurs in groundwater and rice, grains and some juices. Blood samples from youths living around Columbia and Denver were used, because they were more likely to be exposed to low levels of iAS in the drinking water compared to rural youths living in other areas of the US, the authors explained.

They found in their population sample that low plasma concentrations of iAS compared with other forms of arsenic (MMA% and DMA%) were associated with higher odds of type 1 diabetes and a higher prevalence of type 1.

Because of the smaller number type 2 diabetes cases in their 688 person sample, the authors wrote they could not evaluate the association between arsenic and type 2 diabetes.

The placebo-controlled study also looked at the impact of the interaction between arsenic and folate and vitamin B-12. “In interaction analyses, the association between MMA% and type 1 diabetes was stronger for participants with higher folate levels,” the authors wrote.

“These findings provide novel evidence that links arsenic and diabetes in youth and support the need for additional research,” they concluded.