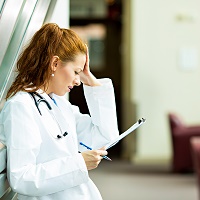 A research team from the Mayo Clinic analyzed data from 12 trials that measured efficacy of medications that inhibit tumor necrosis factor (TNF) in psoriatic arthritis patients who responded inadequately to (or were unable to tolerate the effects of) disease-modifying antirheumatic drugs (DMARDs) or nonsteroidal anti-inflammatory drugs (NSAIDs).

The trials did not compare different medications against each other. Instead, they each compared a single medication against placebo. The researchers were nevertheless able to compare the efficacy of various medications indirectly, because the endpoint of every trial was the same: a standard known as an American College of Rheumatology 20 (ACR20) that represents a 20% improvement from baseline in the number of tender and swollen joints and at least 3 other important disease measurements.

"Our meta-analysis aimed to answer a commonly encountered question in clinical practice: What would be the first biological agent of choice after the patients fail or do not tolerate synthetic DMARDs/NSAIDs?” the study authors wrote in Seminars in Arthritis and Rheumatism.  “We were able to demonstrate that patients who received older TNF-inhibitors and secukinumab at the dose of 150 mg and 300 mg weekly were more likely to achieve an ACR20 response at week 12 to 24 compared with those who received apremilast, certolizumab or ustekinumab.”

Sensitivity analysis suggested that the findings of greater efficacy among older TNF-inhibitors, when compared as a whole to newer ones, are statistically robust (p<0.001 for all comparisons). That said, the study authors noted a number of limitations in their work, including the inherent inferiority of using indirect comparisons instead of head-to-head randomized trials. They also struggled to explain their findings by suggesting any reason why older TNF-inhibitors would be consistently superior to newer ones.