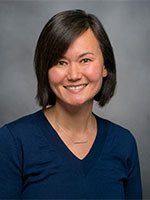 While many debate the effectiveness of some technological interventions in medicine, results of a new study that included more than 110,000 diabetics found patients who used mobile phone apps and online tools more effectively managed their disease than those who did not.

The 33-month study, which was carried out by investigators from Kaiser Permanente, revealed diabetics using the online tools and app allowed for greater HbA1c control and medication adherence—with this effect having the most significant benefits on those with the greatest clinical need.

"This is an example of how the health care system, by offering patients access to their own information and the ability to manage their health care online, can improve their health," said lead investigator Mary Reed, DrPH, a research scientist with Kaiser Permanente Division of Research, in a statement.

With patient portals and other digital interventions gaining popularity, and occasionally attracting criticism, Reed and a team of colleagues designed the current study to assess whether the addition of mobile portal access was associated with adherence to oral diabetic medications and glycemic levels in diabetics. Using Kaiser Permanente Northern California, investigators identified a cohort of 111,463  who were at least 18 years of age and had filled at least 1 prescription prior to April 2015—the start of the study.

Through administrative and EHR data, investigators were able to capture data related to portal use, prescription refills, HbA1c levels, laboratory test results, control variables, and demographic characteristics of patients. For the current analysis, medication adherence was defined as the monthly percentage of days (PDC) covered. For portal access, patients were categorized into 4 groups each month based on access method—these classes were labeled as never used, computer-only, mobile-only, and both mobile and computer access.

"In an earlier study, we found that when a physician uses an electronic health record, their patients have better control of their diabetes and have their care managed so they don't end up in the emergency room as often," Reed said in the aforementioned statement. "And we are now also finding that patients can use technology to better manage their own care, their medications, and their diabetes."

This study, “Association of Mobile Patient Portal Access With Diabetes Medication Adherence and Glycemic Levels Among Adults With Diabetes,” was published in JAMA Network Open.