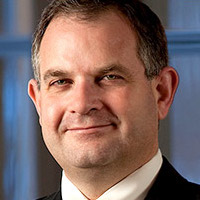 An original version of this article was published by sister publication NeurologyLive.

Investigators recently presented findings during the Pan American Parkinson’s Disease & Movement Disorders Congress from a post-hoc analysis of a phase 3 trial assessing the safety and efficacy of apomorphine sublingual film in comparison with a placebo.

In December 2019, the US Food and Drug Administration (FDA) accepted a New Drug Application (NDA) from Sunovion Pharmaceuticals for the drug based on data from the phase 3 CTH-300 trial, which included patients who were at least 18 years of age, had clinically meaningful response to levodopa with well-defined early morning OFF episodes, and had an Mini-Mental State Exam score greater than 25.

Prior to in-office visits at weeks 4, 8, and 12, patients completed at-home dosing and recorded their dose timing and response in a diary, indicated whether they achieved full ON or OFF 30 minutes after treatment.

Those excluded from the study had atypical or secondary parkinsonism, were previously treated with a neurosurgical procedure for Parkinson disease, and participated in a clinical trial within 30 days prior to initial screening visit.

The new treatment more often associated with a full ON response at 30 minutes compared to a placebo.

Results of that study demonstrated a -11.1 mean change in the Unified Parkinson’s Disease Rating Scale (UPDRS) part 3 at 30 minutes post-treatment at week 12 compared to -3.5 with placebo.

Overall, patients administered a mean of 2.2 and 2.5 daily doses of apomorphine sublingual film and placebo, respectively. Among those who received apomorphine, 79% reported a full ON response at 30 minutes post-dose within the 2 days prior to their in-office visit compared to 31% of patients taking placebo (P <.0001).

Among those who received apomorphine, 79% reported a full ON response at 30 minutes post-dose within the 2 days prior to their in-office visit compared to 31% of patients taking placebo (P <.0001).

When assessing all diary entries, 77% of patients using apomorphine sublingual film reported achieving a full ON response at 30 minutes post-dose compared with 26% of the placebo group.

“The unpredictable nature of off episodes can be extremely challenging and disruptive to the daily lives of people living with Parkinson’s disease as well as their care partners,” Antony Loebel, MD, president and chief executive officer, Sunovion, said in a statement. “We look forward to working with the FDA over the remaining review period.”