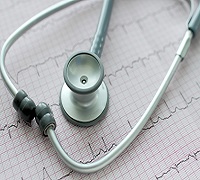 A retrospective review of propensity-matched atrial fibrillation patients prescribed apixaban or rivaroxaban is shedding light on the differences in safety profiles and efficacy seen between the popular blood thinners.

Results of the study, which was carried out by a team of researchers from Brigham and Women’s Hospital and Sinai Health, indicated patients receiving apixaban had lower rates of stroke and systemic blood clots, as well as a decrease in other serious adverse events, compared to their counterparts receiving rivaroxaban.

While a plethora of data exists comparing the oral anticoagulants against warfarin, a lack of head-to-head data spurred investigators to design a trial using commercial claims data to assess the effectiveness and safety of the therapies in real-world settings. To do so, investigators pulled information from the Optum database on patients with nonvalvular atrial fibrillation between December 28, 2012 through the end of 2018—with the hope that results of the study might help to better inform clinicians treating this patient population.

For inclusion in the trial, individuals needed to be 18 years of age or older and have received a diagnosis of atrial fibrillation or atrial flutter and filled a new prescription for 5 mg apixaban or 20 mg rivaroxaban between the aforementioned study dates. The primary outcomes of the analysis included a composite of ischemic stroke or systemic embolism and a composite of gastrointestinal bleeding or intracranial hemorrhage.

A total of 59172 patients who were newly prescribed apixaban and 40706 who had been newly prescribed rivaroxaban was identified from the Optum database. From these groups, investigators developed propensity-matched cohorts that included 39,351 patients receiving each drug. The mean age of this cohort was 69 years and 40% were women—mean follow-up time was 288 days for apixaban users and 291 for rivaroxaban users.

Results of the analysis indicated the incidence rate of ischemic stroke or systemic embolism was higher among patients receiving rivaroxaban (8.0 versus 6.6 per 1000 person-years) than those receiving apixaban (HR 0.82, 95% CI, 0.68-0.98). The results also highlighted a reduced incidence of gastrointestinal bleeding or intracranial hemorrhage with apixaban (12.9 versus 21.9 per 1000 person-years) compared to rivaroxaban (HR 0.58, 95% CI, 0.52 to 0.66).

“Apixaban may be safer and more effective than rivaroxaban for treating nonvalvular atrial fibrillation,” investigators wrote. “Until head-to-head clinical trial data are available, the results of our study, which included a large sample of patients seen in routine care, provides updated evidence in support of apixaban for treating nonvalvular atrial fibrillation.”

While data from the study highlights the apparent benefits of apixaban use for patients with nonvalvular atrial fibrillation, investigators pointed out the study had multiple limitations. Limitations of the observation study include being unable to balance unmeasured confounding factors, defining outcomes through the use of ICD-9 and ICD-10 codes rather than outcome adjudication, not accounting for time-varying confounders, and a relatively short follow-up period.

In response to the results of this analysis, officials from Janssen provided the following statement to HCPLive:

"Currently, there are no head-to-head, double-blind, randomized clinical trials for apixaban vs. rivaroxaban. This study is a retrospective claims database analysis which has clear limitations due to study design, patient populations, definitions of outcomes, and data collection methods. Xarelto continues to be the most studied DOAC in randomized clinical trials with a proven efficacy and safety profile."

This study, “Effectiveness and Safety of Apixaban Compared With Rivaroxaban for Patients With Atrial Fibrillation in Routine Practice,” was published in the Annals of Internal Medicine.

Click here to sign up for more HCPLive® content and updates.
Related Coverage >>>
Low-Risk TAVR Sustains Benefits at 2 Years in PARTNER 3
LDL, Systolic Blood Pressure Levels Could Predict Lifetime Cardiovascular Risk
ACC House Call: Breaking Down Vericiguat in VICTORIA
You May Also be Interested in
Most Popular
ACR Issues Recommendations for Hydroxychloroquine Use for COVID-19
Comparing RT-PCR and Chest CT for Diagnosing COVID-19
Flu Cases Near 30 Million in the US, CDC Reports
Gastrointestinal Issues Could Help Diagnose Coronavirus
Concern Over Sleep Apnea and Coronavirus Transmission