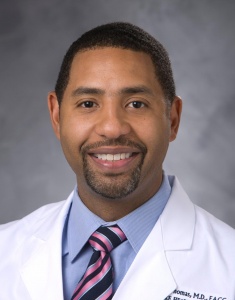 A new review of studies examining patients with severe aortic stenosis is breaking down the racial and ethnic differences in diagnosis, treatment and outcomes of the condition.

Results of the review, which included more than a dozen studies published between 2001 and 2019, revealed discrepancies in the diagnosis, treatment, and outcomes for patients with severe aortic stenosis based on a patient’s race or ethnic group.

A total of 31 published articles and abstracts focusing on diverse racial populations with severe aortic stenosis were identified and 15 were included in the review. Using data from these studies, authors go on to break down differences in prevalence, surgical aortic valve replacement (SAVR), transcatheter aortic valve replacement (TAVR), and outcomes in separate sections.

A number of significant differences were noted when assessing racial differences in the management of severe aortic stenosis—notably, 4 studies that found underrepresented ethnic groups were less likely to undergo SAVR compared with white patients. Thomas and colleagues also outlined 2 other studies, a 2013 study that found black patients underwent SAVR less often than white patients (39% vs. 53%; P = .02) and a 2018 study examining the same issue in 96,278 patients that also found black patients were less likely to undergo SAVR than white patients (6.7% vs. 11.3%; P < .001).

The disparities became even more pronounced when examining TAVR. An analysis of the Society of Thoracic Surgeons/American College of Cardiology Transcatheter Valve Therapy registry from 2012 to 2014 indicated black patients underwent TAVR at a fraction of the rate white patients did (3.8% vs. 93.8%). An additional study from 2017 found black patients were less likely to undergo TAVR—this study also found odds of undergoing TAVR increased 10% with every $10,000 increase in income.

Based on the results of their analysis, the team of authors suggests a greater commitment to researching these disparities will only help to aid in decreasing the gap between racial and ethnic groups.

This review, titled “Racial and Ethnic Differences in Treatment and Outcomes of Severe Aortic Stenosis,” was published online in JACC.