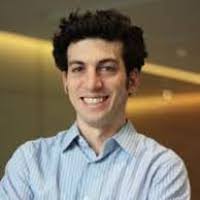 A team, led by Jordan J. Field, MD, Toronto General Hospital, examined whether antiviral drugs combined with an HCV entry blocker given before and for 7 days following an organ transplant would safety reduce the likelihood of an HCV infection in organ recipients from HCV-infected donors.

Recently, there has been increasing prevalence of potential organ donors with HCV infections, where following transplantation from an infected donor, the establishment of HCV in uninfected recipients is near-universal. This results in the requirement of post-transplant antiviral treatment.

The investigators treated HCV-uninfected organ recipients without pre-existing liver disease with ezetimibe 10 mg and glecaprevir-pibrentasvir 300 or 120 mg prior to and following transplantation from HCV-infected donors no older than 70 without co-infections with HIV, hepatitis B virus, or human T-cell leukemia virus 1 or 2.

Each recipient received a single dose 6-12 hours prior to the transplant and once a day for 7 days following the surgery.

The investigators assessed HCV RNA once day for 14 days and once a week for an additional 12 weeks.

The team sought primary endpoints of the prevention of chronic hepatitis C viral infections, as defined by undetectable serum HCV RNA at week 12 following transplant surgery and assessed in the intention-to-treat population.

All 30 participants met the primary endpoint and were HCV RNA negative at the last follow-up (median 36 weeks post-transplant [IQR, 25–47]).

The investigators also found low-level viremia transiently detectable in 21 recipients in the early post-transplant period, but not after 14 days.

The treatment was also well tolerated with no dose reductions or treatment discontinuations and 32 serious adverse events identified in 20 recipients.

The serious adverse events included 1 grade 3 elevation in alanine aminotransferase (ALT) possibly related to treatment and 2 recipient deaths due to causes unrelated to the study drug (sepsis at 49 days and subarachnoid hemorrhage at 109 days post-transplant), with neither patient ever being viremic for HCV.

“Ezetimibe combined with glecaprevir-pibrentasvir given one dose before and for 7 days after transplant prevented the establishment of chronic HCV infection in recipients of different organs from HCV-infected donors,” the authors wrote. “This study shows that an ultra-short course of direct-acting antivirals and ezetimibe can prevent the establishment of chronic HCV infection in the recipient, alleviating many of the concerns with transplanting organs from HCV-infected donors.”

The study, “Short-course, direct-acting antivirals and ezetimibe to prevent HCV infection in recipients of organs from HCV-infected donors: a phase 3, single-center, open-label study,” was published online in The Lancet Gastroenterology & Hepatology.

Click here to sign up for more HCPLive® content and updates.
Related Coverage >>>
Kenneth Koblan, PhD: SEP-4199 Showing Promise Treating Bipolar Depression
Banafsheh Kashani, MD: Uterine Fibroids and the Importance of FDA Approvals
Insufficient Data to Accurately Monitor Most At-Risk Communities for Flu
You May Also be Interested in
Most Popular
Denise Daley, PhD: Early Asthma Interventions for Infants
Safety Concerns With Biologics During the COVID-19 Pandemic
There Might Be Too Much Emphasis on Risk Factors for Hepatitis C Screening
Epilepsy Drug May Protect Against Optic Neuritis in Multiple Sclerosis
Visual Impairment, Dementia Are Detrimental to Independence of Older Adults