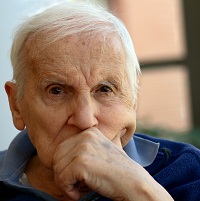 British clinical trial investigators suggest that treatment with atypical antipsychotics appears to significantly increase the risk of mortality and severe adverse events among patients with Parkinson’s disease psychosis (PDP), when compared to patients with PDP who did not receive antipsychotics.

Published in the October 1, 2015 issue of the Journal of the American Medical Directors Association, the study found that participants (age 30 to 80 years with an established diagnosis of idiopathic Parkinson’s disease and moderate to severe psychosis) who were treated with antipsychotics were four times more likely to die 3 to 6 months after treatment than those who did not receive antipsychotic drugs. Antipsychotic recipients were also significantly more likely to experience a serious adverse event (incidence rate ratio [IRR], 2.95), any antipsychotic-related event (IRR, 1.66), cognition-related events (IRR, 2.70), infections (IRR, 1.97), and edema (IRR, 2.61).

Additionally, these patients also had increased risks for falls, stroke, sedation, orthostatic hypotension, and thromboembolic events, when compared with non-antipsychotic recipients, although these differences were not significant.

Because antipsychotics are often used to treat the more than 50% of patients with Parkinson’s who will experience PDP despite little evidence to support their use, Clive Ballard, MD, professor of age-related diseases for Institute of Psychiatry, Psychology & Neuroscience of the Wolfson Centre for Age-related Diseases at King’s College in London, and colleagues sought to determine the mortality risk and adverse events associated with the use of atypical antipsychotic medications in patients with PDP in a clinically defined trial cohort.

“Our findings clearly indicate serious risks associated with antipsychotics and highlight the need for greater caution in treating psychosis in Parkinson’s disease,” said Dr. Ballard. “Antipsychotics are known to be linked to serious harm in people with Alzheimer’s disease, and these findings show that a similar, although not identical, risk is seen in people with Parkinson’s. Our findings therefore strongly suggest that doctors, patients and family members should consider these risks very carefully when considering potential treatments for psychosis and any other behavioral symptom in people with Parkinson’s disease, such as agitation or aggression. Further research is required to develop new, better treatments for psychosis and other behavioral symptoms.”

Ballard added, “For example, a study we published last year showed that a novel antipsychotic, pimavanserin, was effective and had far fewer side effects than traditional antipsychotics.”