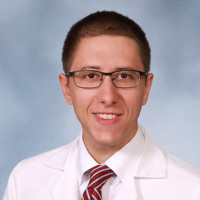 Physicians may be wary prescribing antipsychotics for older, hospitalized adults after new data looks at the association with sudden death and cardiopulmonary arrest.

A team of investigators, led by Matthew Basciotta, MD, Department of Medicine, Beth Israel Deaconess Medical Center, evaluated the risk of death or nonfatal cardiopulmonary arrest in hospitalized adults exposed to antipsychotics at a large academic medical center in Boston.

The investigators collected data from electronic medical information databases and supplemented chart reviews for all hospitalizations between 2010-2016, but excluded those admitted directly to the intensive care unit (ICU), obstetric, and gynecologic or psychiatric services, or with a diagnosis of psychotic disorder.

The electronic databases, which were collected prospectively for clinical and administrative purposes, contained patient-specific information related to each admission during the study time period including demographics, pharmacy charge records, and discharge diagnoses.

The primary analysis used a Cox proportional hazards model with time‐dependent covariates and a robust variance estimator to determine the association between antipsychotic exposure and death or cardiopulmonary arrest.

Overall, the data from 150,948 hospitalizations was included in the cohort study, with 691 total events—515 deaths and 176 cardiopulmonary arrests.

The investigators used sensitivity analyses with a propensity score approach and a cohort of only patients with delirium and found similar results.

While delirium occurs in 15-26% of all hospitalized adults, there is currently a dearth of evidence-based treatments once it develops outside of correcting the underlying medical problem.

In the past, investigators studying outpatient and long-term care settings found an increased risk for sudden death with typical and atypical antipsychotics. There has not been extensive research into this association in a general hospitalized population.

In previous studies, investigators believe the association between antipsychotics and sudden death could be mediated by increased risk of QT prolongation and polymorphic ventricular tachycardia.

Recently, investigators have targeted risks linked with atypical antipsychotics, including falls, pneumonia, and death. Despite the known risks, antipsychotics are still frequently used in hospitalized patients.

The study, “Antipsychotics and the Risk of Mortality or Cardiopulmonary Arrest in Hospitalized Adults,” was published online in the Journal of the American Geriatrics Society.