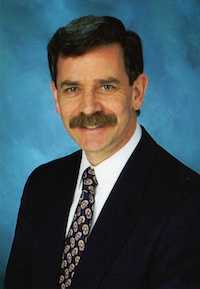 Investigators from University of Pennsylvania conducted a retrospective cohort study in order to examine the healthcare burden of antipsychotic dose reduction in patients with schizophrenia. The researcher team said that the data was limited regarding the risks and benefits of dose reduction in terms of managing side effects, particularly tardive dyskinesia. They added that stable maintenance of treatment is key to preventing worsening and relapsing of schizophrenia.

The investigators discovered 19,556 patients with greater than 10% antipsychotic dose reduction and 15,239 patients with greater than 30% dose reduction from medical claims spanning 6 states. Over the six-year study period, the investigators classified the patients into the 10% and 30% reduction groups and compared those patients to a cohort receiving a stable dose. They measured inpatient admissions and emergency room visits related to schizophrenia, all psychiatric disorders, all-cause visits, and tardive dyskinesia related visits.

“Hospital re-admissions for schizophrenia may be an indicator of an adverse outcome or failure of antipsychotic treatment after dose reductions,” the study authors wrote. “The chronic nature and severity of schizophrenia contribute to its large overall healthcare burden; direct healthcare costs for schizophrenia were estimated at 38 billion US dollars in 2013.”

Most notably, the dose reductions had no significant effect on claims for tardive dyskinesia, the study authors wrote. However, they also said that the number of tardive dyskinesia claims was too small for interpretation.

“Implications are that prescribing decisions to reduce doses of antipsychotics, which may be evidence-based and effective for other acute side effects such as sedation, tremors, etc., may result in risk of hospitalization for some patients with schizophrenia. This is especially relevant as the efficacy of dose reduction in treating tardive dyskinesia remains unproven,” study author Stanley Caroff, MD told MD Magazine®.

Despite the fact that the first-year hospitalization rates were small—overall, between 1% and 6%—because of the sample size, these were statistically significant events, the study authors said. For example, just 1% represented nearly 200 patients utilizing healthcare facilities in the study period.

“In treating patients who develop tardive dyskinesia, physicians should understand that antipsychotic dose reduction may not be effective for tardive dyskinesia but may increase risk of relapse in some patients,” Caroff continued. “The decision to reduce the dose should be individualized to the needs of each patient. More work needs to be done to educate physicians to recognize, diagnose, document and treat tardive dyskinesia using effective alternative strategies.”

The study was initiated and sponsored by TEVA Pharmaceuticals, which markets deutetrabenazine (Austedo), one of two approved treatments for tardive dyskinesia.