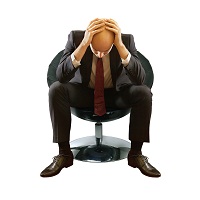 A recent study has found that antidepressant use could reduce more than a third of deaths in patients with diabetes and depression.

After examining a cohort of more than 50,000 patients, investigators found that most antidepressants, but not reversible inhibitor of monoamine oxidase, were associated with significantly reduced mortality among the study population.

With the prevalence of depression among diabetics 2 to 3 times greater than non-diabetic patients, investigators sought to determine the effect of antidepressants on mortality in these patients. Using the Taiwan National Health Insurance Research Database, investigators identified 53,412 individuals, of which 50,532 were using antidepressants and 2880 people were not.

Investigators used 4 comorbid chronic diseases as confounding variables. Urbanization and financial status were divided into 4 levels and risk of mortality was evaluated but comparing the highest dose group to the lowest dose group.

Based upon the findings of their analyses, investigators wrote the results justify further rationale for the treatment and screening of depression in patients with adults.

This study, titled “Antidepressants Reduced Risk of Mortality in Patients with Diabetes Mellitus: A Population-Based Cohort Study in Taiwan,” is published in the Journal of Clinical Endocrinology and Metabolism.