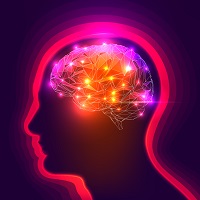 An increased risk for developing dementia and Alzheimer’s disease has been linked to common anticholinergic medications, according to findings published in JAMA Internal Medicine.

Researchers from the University of Washington and Group Health Research Institute included 3,454 participants aged 65 years or older with no dementia at study entry in an investigation aimed at examining whether cumulative anticholinergic use is associated with a higher risk for incident dementia. The patients were recruited between 1994 and 1996 and again from 2000 through 2003. There were continuous replacements for participant death, and each participant was followed up with every 2 years until study conclusion on September 30, 2012.

Tricyclic antidepressants like doxepin (Sinequan), first-generation antihistamines such as chlorpheniramine (Chlor Trimeton), and bladder control antimuscarinics including oxybutynin (Ditropan) were the most common anticholinergic used. About a quarter of the patients (23.2 percent) developed dementia, and of those, nearly 80 percent of the patients developed Alzheimer’s disease. The researchers estimated that daily doses of 10 mg of doxepin, 4 mg of chlorpheniramine, or 5 mg of oxybutynin for more than 3 years would be at a greater risk for dementia development.

The researchers noted that tricyclic antidepressants and first generation antihistamines can be substituted with selective serotonin reuptake inhibitors (SSRIs) like citalopram (Celexa) or fluoxitene (Prozac) and loratadine (Claritin) for allergies, though bladder control medications are harder to substitute. Typically, the researchers noted, behavioral changes can aid bladder control problems.

“If providers need to prescribe a medication with anticholinergic effects because it is the best therapy for their patient, they should use the lowest effective dose, monitor the therapy regularly to ensure it’s working, and stop the therapy if it’s ineffective,” Gray continued, explaining that medications can block the acetylcholine neurotransmitter which causes side effects such as drowsiness, sore throat, retaining urine, and dry mouth and eyes.

The authors will be further aided in their study because some participants have agreed to have their brains autopsied after they die. The patients taking anticholinergic medications may have more Alzheimer’s related pathology in their brains when compared to the non-users, the researchers hypothesized.


Click here to sign up for more HCPLive® content and updates.
Related Coverage >>>
Christina Tan, MD, MPH: Managing Coronavirus Fear
Novalung System Granted 510(k) Clearance for Whole ECMO System
Bempedoic Acid, A Non-Statin Lipid-Lowering Agent, Approved by FDA
You May Also be Interested in
Most Popular
The Fear of the Coronavirus, and the Reality of the Flu
FDA Approves IV Meloxicam for Pain Management
Education is Key in Spreading Awareness of Rare Heart Condition
Top 10 Painkillers in the US
Apomorphine Helps Increase On Time Response for Parkinson Disease Patients