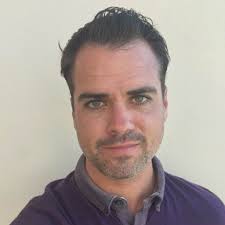 Robert Quinn, PhD
As cystic fibrosis (CF) causes mucus buildup in the lungs that result in infections resistant to antibiotics, treatment can be difficult—especially when therapies only target 1 specific type of bacteria, such as Pseudomonas aeruginosa.

By altering factors that influence CF-related infections though, investigators from the University of California, San Diego, have found that pH and oxygen "strongly partition the microbial community from a diseased human lung into 2 mutually exclusive communities of pathogens and anaerobes.” Antibiotic therapy has complicated and unexpected treatment outcomes, investigators reported, which suggests the need for tailored patient therapy for CF infection.

"The new study was inspired by the work of Sergei Winogradsky—claimed to be the first ever microbial ecologist—who in the late 1800s first studied how microbial communities stratify through chemical gradients,” lead investigator Robert Quinn, PhD, told MD Magazine®. “The chemical conditions of the CF lung are not that dissimilar from that of the first microbial communities that Winogradsky studied in soil and sediment, thus, this study attempted to determine if the CF lung microbiome would stratify in a similar manner.”

By utilizing a system of his own development called WinCF, Quinn analyzed pH and oxygen gradients that mimic the narrow tubes that make up human lung bronchioles with sputum samples collected from 18 patients with CF. To map approximately 600 different cystic fibrosis lung conditions, Quinn altered factors like pH, oxygen levels, and antibiotics.

Upon analysis, Quinn and his team found that microbes in CF lungs divide themselves into 2 distinct communities of pathogens and anaerobes. Since certain bacteria can hide deeper in lung mucus than other bacteria killed by certain antibiotic treatments, Quinn noted that the stratification matters since it may affect CF treatment.

When adding the anti-P. aeruginosa antibiotic tobramycin to the top of the culture in their WinCF model, Quinn and his team observed this partial reaction as some bacteria survived and thrived at lower depths.

Aside from the shift observed in the microbial balance in the CF lung model with antibiotic treatment, a modification caused by the microbes in the chemical structure of the antibiotic itself was observed.

“The significance of the results is that it shows that complex microbial communities are structured in microenvironments due to chemical gradients,” Quinn added. “Thinking of a polymicrobial infection as 1 homogenous entity is surely incorrect. The community is stratified by oxygen and other chemical influences and this stratification has a direct impact on treatment outcomes.”

Quinn added that this also shows that antibiotic therapy has complicated and unexpected treatment outcomes as there are complex death and survival responses from the microbiome when someone takes an antibiotic. Responses are not always predictable, and they are often specific to the drug chosen.

However, Quinn and his team notably observed the bacterial makeup of the sample shift from 70% P. aeruginosa to essentially none of the particularly troublesome bacteria when the pH of the cystic fibrosis mucus was lowered in the WinCF system by 1 unit.

"It may be that in some cases, antibiotics may not even be as effective as that simple pH change our laboratory experiment suggests, something worth exploring clinically," investigator Pieter Dorrestein, PhD, commented in a recent statement.

A limitation the authors noted was that the WinCF model does not perfectly replicate human CF lungs as it does not have human cells or components of the immune system that would also help create the real-life microbial makeup of a person’s lungs.

Consequently, Quinn believes the next steps with the data are determining whether the observations seen in the WinCF system are happening in people, and if so, what the consequences for antibiotic therapy are for CF patients.

“We plan to develop our culture method as a way to screen patient samples for antibiotic resistance and treatment outcomes,” Quinn said. “This can be done in clinically relevant timescales due to rapid advances in microbiome bioinformatics analysis. We hope to provide clinicians with more predictable outcomes of antibiotic therapy so that they may choose a drug that will best help their patients.”

The study, “Niche partitioning of a pathogenic microbiome driven by chemical gradients,” was published online in Science Advances.