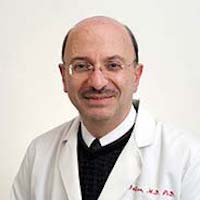 Findings of a retrospective study showed that anti-obesity medications like phentermine and topiramate can significantly reduce weight regain in patients after Roux-en-Y gastric bypass (RYGB) surgery.

“Our study provides evidence that medications can help, especially in situations where the weight gain is occurring at a rapid rate,” study author Nawfal Istfan, MD, PhD, said in a statement.

Istfan and a team of investigators aimed to evaluate the impact of anti-obesity medications on weight regain 2 years after RYGB surgery. The team used electronic health record data of adult patients who underwent bariatric surgery, specifically RYGB, at Boston Medical Center between 2004-2015. Data were extracted and included age at the time of surgery, date of enrollment in the bariatric program, date of the surgery, weight, height, and body mass index (BMI).

The investigators reviewed the data of 1516 patients who underwent surgery during the time period. The study was limited to those who underwent RYGB surgery from the 3 most common racial and ethnic groups in Boston Medical Center’s population (n=1196): African American, Hispanic, and Caucasian. If a patient became pregnant after surgery or underwent surgical revisions, they were excluded.

Those who used the medications achieved less weight loss at nadir (P <.0001) than those who did not use such medications after bariatric surgery. Anti-obesity medications were more likely to be prescribed in patients who had sub-optimal weight loss, their effectiveness in mitigating weight regain could not be determined solely from weight trajectory.

The investigators found that anti-obesity medications decreased cumulative weight regain by about 10% relative to nadir weight. The medications also reduced the odds of rapid weight regain occurrence after the surgery.

It is necessary for future research to further explore the full potential of phentermine and topiramate and newer anti-obesity medications. What’s more, guidelines should be established to initiate and monitor the potential long-term use of such medications after bariatric surgery.

The study, “The Mitigating Effect of Phentermine and Topiramate on Weight Regain After Roux-en-y Gastric Bypass Surgery,” was published online in the journal Obesity.