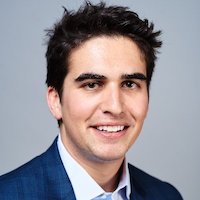 An anterior surgical approach was associated with a small, statistically significant increased risk of major surgical complications, according to a new study comparing the anterior approach with the posterior or lateral approach.

Pincus, from the orthopedic surgery division at University of Toronto, and his colleagues studied all adults in Ontario, Canada, who underwent primary total hip arthroplasty for osteoarthritis between April 2015-March 2018. Patients were >18 years old and were followed up for 1 year.

The investigators grouped together patients who underwent lateral and posterior approaches to compare with the anterior approach.

Pincus and the team’s primary outcome was the occurrence of a major surgical complication within 1 year. They defined a composite complication as a priori as the primary measure. The composite included revision arthroplasty, deep surgical site infection requiring surgery, and hip dislocation requiring open or closed reduction.

Secondary measures consisted of length of stay considered as a continuous variable in days; surgery duration measured as total time elapsed in minutes between entry into ad exit out of operating room; readmission to any Ontario hospital within 30 days; and presentation to any emergency department in Ontario within 30 days.

The team matched patients who had an anterior approach to those who had a lateral or posterior approach 1-to-1. Potential confounders included sociodemographics, patient health status, and physician and hospital characteristics.

After matching, primary and secondary outcomes were compared between the 2 groups.

Additional research could lead to a better understanding of pain and functional outcomes.

Click here to sign up for more HCPLive® content and updates.
Related Coverage >>>
Rivaroxaban Reduces Post-Surgery VTE Risk by 75% Versus Enoxaparin
POPular-TAVI: Concomitant Antiplatelet Use Increases Bleeding Risk
Low-Risk TAVR Sustains Benefits at 2 Years in PARTNER 3
You May Also be Interested in
Most Popular
ACR Issues Recommendations for Hydroxychloroquine Use for COVID-19
Apixaban Effective for Treatment of VTE in Cancer Patients
Gastrointestinal Issues Could Help Diagnose Coronavirus
Flu Cases Near 30 Million in the US, CDC Reports
Comparing RT-PCR and Chest CT for Diagnosing COVID-19