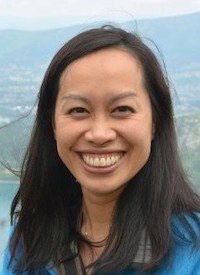 There are numerous factors at play when evaluating influenza vaccine efficacy. According to McLean, previous findings are “not consistent from one flu season to another and even [vary] across studies that were conducted during the same season,” making the interpretation of findings challenging.

“Furthermore, little is known about prior vaccination effects in children who receive live attenuated influenza vaccine (LAIV). The mechanism of protection varies by vaccine type and age of the child, which may also contribute to the varying effects of prior vaccination,” the study reads.

McLean and her team’s research provides greater clarity to the formerly-hazy perception of influenza vaccine effectiveness. This multi-season, test-negative, case-control study was conducted in outpatient clinics at 4 US sites among 3369 children aged 2 to 17 years with a medically attended febrile acute respiratory illness. Influenza vaccination dates and vaccine types were obtained for each participant from 2010-2011 through their enrollment season from medical records or immunization registries.

The study, conducted over a period of 3 flu seasons, concluded that live attenuated influenza vaccine effectiveness was higher in children vaccinated in both the enrollment and prior season compared with those vaccinated only in the enrollment season.

The vaccine effectiveness against influenza A(H1N1)pdm09 was 60% or more for inactivated influenza vaccine (IIV) recipients for all prior vaccination histories examined, with no significant differences by number of seasons vaccinated or type of vaccine received in prior seasons, according to the study.

“Getting the flu vaccine one year does not reduce vaccine protection the next year,” McLean said, adding that she hopes the findings will shift societal views about flu vaccines and encourage parents to get their children vaccinated regularly.

“The findings from this study are reassuring and support current recommendations for annual flu vaccination,” McLean said. “Influenza is a serious illness. The severity of each flu season is unpredictable, and children die each year from the flu. Even healthy kids can become severely ill and die from flu. Getting the flu vaccine every year is the best way to protect your child against the flu. The vaccine is safe, my family, including my 2 kids, get the vaccine every year.­”

The study, “Association of Prior Vaccination With Influenza Vaccine Effectiveness in Children Receiving Live Attenuated or Inactivated Vaccine,” was published in JAMA Network Open.