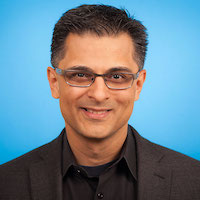 A common medication to treat various cardiovascular and other disorders increases the risk of suicide, according to new data.

The population-based bested case-control study involved individuals at least 66-years old that were part of an administrative claims database in Ontario from 1995-2015 and committed suicide within 100 days of receiving either medication.

They identified 4 controls for each case, matched by age (within 1 year), sex, and presence of hypertension and diabetes. They used conditional logistic regression to estimate odds ratios for the association between suicide and exposure to ARBs compared with ACEIs.

While ACEIs and ARBs are some of the most commonly used medications for hypertension, chronic kidney disease, heart failure, and diabetes, their effects on mental health outcomes, particularly suicide, is poorly understood.

This family of drugs generally work by modulating the renin-angiotensin aldosterone system to lower blood pressure. ACEIs inhibit the conversion of angiotensin I to angiotensin II (AII), while ARBs block the binding of AII to its AII type 1 receptor, resulting in unpregulation of AII and unopposed stimulation of the AII type 2 receptor.

The investigators hypothesize that ARBs would be associated with a higher risk of suicide than ACEIs are, possibly because AII-mediated increases in substance P activity and heightened hypothalamic-pituitary-adrenal axis activity, provoking stress and anxiety.

“The use of ARBs may be associated with an increased risk of suicide compared with ACEIs,” the authors wrote. “Preferential use of ACEIs over ARBs should be considered whenever possible, particularly in patients with severe mental health illness.”

While both drug classes could have anti-inflammatory or neuroprotective effects as an extension of their pharmacological effects, ARB-mediated compensatory increases in brain AII could inadvertently worsen outcomes.

This assertion is supported by an increased risk of suicide in patients with ACE gene polymorphisms associated with higher levels of this peptide.