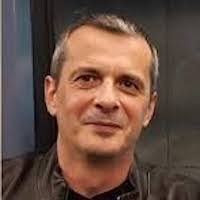 New data points to general anesthesia as a major cause of increased odds of mothers developing postpartum depression (PPD) following a cesarean delivery.

The investigators used several exclusions, including patients having more than 1 cesarean delivery during the study period, residing outside of New York, and having a general anesthetic for other surgery or delivery in the previous year or in the year after the index case.

The team also sought a primary outcome of the occurrence of postpartum depression, with secondary outcomes were the composite of suicidal ideation or self-inflicted injury, anxiety disorders and post-traumatic stress disorders.

They identified the primary and secondary outcomes during the delivery hospitalization, as well as up to 1 year following delivery.

The investigators examined data from 428,204 cesarean delivery cases, including 34,356 cases involving general anesthesia. A total of 1158 women required hospitalization from severe postpartum depression (95% CI, 2.5–2.9), of which, 60% were identified during readmission with a median of 164 days following discharge.

Guglielminotti said general anesthesia for cesarean deliveries could increase the risk of postpartum depression because it delays the initiation of mother to infant skin-to-skin interaction and breastfeeding, resulting in more acute and persistent postpartum pain.

He explained that these situations are usually coupled with a new mother’s dissatisfaction with anesthesia in general, leading to negative mental health outcomes.

Postpartum depression, which currently affects up to 1 in 7 women, has increased seven-fold in the US in the past 15 years. There are currently approximately 550,000 new cases of PPD annually in the US.

The study, “Exposure to General Anesthesia for Cesarean Delivery and Odds of Severe Postpartum Depression Requiring Hospitalization,” was published online in Anesthesia & Analgesia.

Click here to sign up for more HCPLive® content and updates.
Related Coverage >>>
Individual Differences Linked to Antidepressant Response
Jamak Modaresi Esfeh, MD: Finding Hepatic Encephalopathy
Machine Learning Improves Schizophrenia Treatment Success
You May Also be Interested in
Most Popular
The Fear of the Coronavirus, and the Reality of the Flu
Maternal Vitamin D Deficiency Increases Risk of ADHD in Offspring
Hospitalists Taking Advantage of the iPhone
Tonsil Removal Surgery Could Have Negative Impact on Patient Immune System
Navy Medicine: A Strategic Roadmap for Implementing a Virtual Mental Health Program