Analysis of Treatment Co-Variates Found No Impact on Stroke Prevention 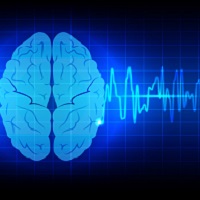 An analysis of possibly treatment-modifying covariates on the effect of treatments to prevent stroke in patients with atrial fibrillation (AF) failed to show any impact. The research was conducted by Sarah Batson, of DRG Abacus in the UK, and colleagues, and was published in PLOS One recently.

According to the authors, “The main goal for treating patients with AF is to prevent stroke from occurring.” They go on to explain that the first line of treatment is usually “the vitamin K antagonist (VKA) warfarin.”

“However, a number of limitations are associated with the use of warfarin including its associations with bleeding complications, known food and drug interactions, and an adjusted dose mode of administration which requires coagulation dose monitoring,” say the researchers.

Such limitations have led to the development of novel oral anticoagulants (NOACs), which have been compared to warfarin in four trials. “In all of these pivotal studies NOACs demonstrated non-inferior efficacy compared with warfarin for preventing strokes, with similar or more favorable bleeding profiles,” said the researchers.

In order to “provide a reflection of the evidence base and include reasonable and justified assumptions to provide a basis for decision making,” the researchers did a network meta-analysis (NMA).

A number of NMAs have been published regarding AF, however, “none of the previous NMAs of NOACs have explored covariate effects using meta-regression methods.”

A total of 23 studies were included in this NMA, with 19 involving ischemic stroke. “The comparator set included fixed low-dose warfarin with or without aspirin, aspirin monotherapy, aspirin plus clopidogrel, indobufen, idraparinux, triflusal, and ximelagatran,” report the researchers.

“The exploration of heterogeneity using meta-regression methods suggested that age, previous stroke/TIA, gender and study follow-up did not affect the treatment effects relative to placebo,” say the researchers, adding, “this is of particular interest for the ‘follow-up’ as a covariate because it provides evidence to support the assumption that study follow-up is unimportant for the analysis of ischemic stroke despite variation in study follow-up across the trials.”

They conclude that this study may serve as a sort of case study demonstrating the benefit of extending decision problems to include factors outside the primary interest.
There is “an unmet practical need to know how far to extend a network in the search for indirect evidence in health technology assessment,” they concluded.