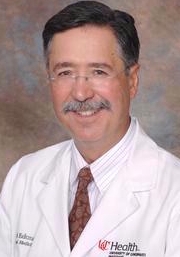 Mark Eckman, MD, MS
Universal screening for hepatitis C virus (HCV) infection in this era of direct-acting antiviral (DAA) treatment would be cost effective and provide greater benefit than the currently recommended birth cohort screening, according to a new analysis that was funded, in part, by the Centers for Disease Control and Prevention (CDC) Foundation.

The current guidelines, issued in 2011 by the CDC and joined in 2012 by the United States Preventive Services Task Force (USPSTF), call for testing all persons born between 1945 to 1965, in addition to people who inject drugs (PWID) or have other exposure to HCV.

Although the currently recommended birth cohort screening has been proven superior to risk-based targeted screening, and has yet to be fully implemented, Mark Eckman, MD, MS, Division of General Internal Medicine and the Center for Clinical Effectiveness, University of Cincinnati, Cincinnati, Ohio, and colleagues considered an alternative strategy as the incidence of acute HCV infection has almost tripled between 2010 and 2015, and the largest increase has been in those born after the designated period.

With the advent of the highly effective, interferon-free DAA treatment regimens in 2013 and subsequent recommendations from professional groups such as the American Association for the Study of Liver Diseases (AASLD) that all patients with chronic HCV infection receive that treatment, Eckman and colleagues sought to determine the feasibility of universal screening to identify the affected population.

"We suspect that the current policy will fail to identify many of the more than a million HCV patients not aware of their infection," they wrote. "Therefore, updates in screening recommendations are needed to eliminate HCV. In addition, to allocate resources wisely, the new policy should weigh the cost and benefits."

Their analysis was applied in 2 stages: The first assumed progression of fibrosis from the time and age of initial infection and continued analysis through a 36-year period; the second stage applied more complex health states and accounted for such differences as presence of antibodies to HCV, chronic HCV infection with documented viral RNA, and resolved HCV infection with antibodies to HCV but undetectable viral RNA.

Comparative measures were costs, quality of life, and incremental cost-effectiveness ratios (ICERs) which estimate the additional cost of attaining 1 quality-adjusted life year (QALY). The costs of related morbidity, morality, and treatment in 2017 dollars were determined for such events as decompensated cirrhosis and liver transplantation.

Chhatwal and Sussman point out that interventions are generally considered cost-effective if the value of the ICER is below a pre-determined willingness-to-pay threshold, typically $100,000 per QALY in the US.

The study, “Cost Effectiveness of Universal Screening for Hepatitis C Virus Infection in the Era of Direct-Acting, Pangenotypic Treatment Regimens,” was published in Clinical Gastroenterology and Hepatology.