An Early Blood Test for Arthritis 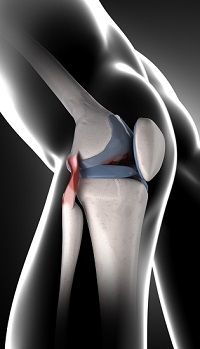 Existing methods for the early detection of arthritis are limited. Rheumatoid arthritis (RA) diagnosis can be confirmed by an anti-cyclic citrullinated peptide (anti-CCP) blood test, but only in conjunction with existing symptoms. Early blood testing for osteoarthritis (OA) has not previously existed.

Researchers from the University of Warwick in the UK, however, believe they have changed that. In a study announced and published last week in Arthritis Research & Therapy, they present compelling evidence that they have developed a blood test that can detect early-stage arthritis.

“For the first time we measured small fragments from damaged proteins that leak from the joint into blood. The combination of changes in oxidised, nitrated and sugar-modified amino acids in blood enabled early stage detection and classification of arthritis – osteoarthritis, rheumatoid arthritis or other self-resolving inflammatory joint disease,” says Dr. Naila Rabbani, lead author of the study, in a press release.

The study featured 225 patients, ranging from those with advanced OA and RA to those deemed to be in “good skeletal health.” Plasma and synovial fluid samples were analyzed using “quantitative liquid chromatography-tandem mass spectrometry” for the existence of telltale materials, like oxidized, nitrated and glycated proteins and amino acids or anti-CCPs released into the bloodstream by joint degradation. These materials were found at far higher levels among the arthritis patients than the healthy controls, and the researchers claim the test has a reliable degree of sensitivity.

The researchers believe this test could identify the eventual onset of OA or RA long before symptoms become noticeable, allowing patients and their healthcare providers to prepare a treatment plan in hopes of mitigating the condition’s often-devastating effects. The test could be available to patients in about two years.