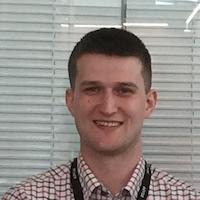 New insights show why a certain hepatitis C virus (HCV) genotype is resistant to a common drug used to treat the viral infection.

The investigators performed logistic regression multivariate analysis on the associations of the polymorphisms with sustained virologic response in a separate cohort of 411 patients with chronic HCV genotype 3 infection who had been treated with sofosbuvir and ribavirin, with or without pegylated interferon.

Sofosbuvir, a highly effective HCV polymerase pan-genotype inhibitor that has replaced interferon as the backbone of many therapies of chronic HCV patients, eliminates most chronic HCV infections, while resistance-associated substitution in the polymerase remain rare.

However, HCV genotype 3 does not respond as well to sofosbuvir-based therapies than other genotypes for unknown reasons. A better understanding of sofosbuvir is particularly importance due to the availability of alternative regimens for HCV genotype 3 that are based on the protease inhibitor gearlever.

Studies on the drug’s resistance have been hampered by the extraordinary efficacy of the drug, which has led to very few treatment failures, while some very rare polymorphisms that can modify response, particularly in genotype 1 infection, have been identified.

In the study, the investigators identified a substation in the HCV genotype 3a NS5b polymerase at amino acid 150 alanine [A] to valine [V]), V at position 150 was observed in 42% of patients) with a reduced response to sofosbuvir in virus replication assays.

The A150V variant was linked to a reduced response to treatment with sofosbuvir and ribavirin with or without pegylated interferon in patients treated with the sofosbuvir-containing regimens.

The investigators also identified 5 rare polymorphisms that reduced sensitivity to the drug in a single patient’s cell system.

HCV genotype 3a is common in the Indian sub-continent and comprises 30% of all HCV infections in Eastern and Western Europe. Infected patients respond well to IFN-based regimens, with response rates approaching 80% in patients without cirrhosis, but the response is greatly reduced in those with advanced fibrosis.

Click here to sign up for more HCPLive® content and updates.
Related Coverage >>>
Is an Immediate Annuity for You?
Investigators Test Combination Therapies for First-Episode Psychosis in Adolescents
Epicutaneous Immunotherapy Effective for Peanut Allergy in Children
You May Also be Interested in
Most Popular
GLP-1 Receptor Agonists and SGLT2 Inhibitors Among the Hottest Advances in the Field of Anti-Hyperglycemia
Denise Daley, PhD: Early Asthma Interventions for Infants
Guidelines for Exercise After a Tummy Tuck Procedure
Flu Cases Near 30 Million in the US, CDC Reports
Acute Kidney Failure Is More Prevalent Among African-Americans