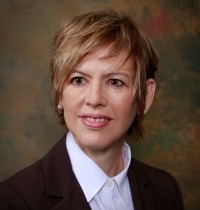 Adults in the US who have an hepatitis B (HBV) or hepatitis C (HCV) infection are often completely unaware, according to a new study.

An analysis of nearly 15,000 adult participants, including serologic data, showed that up to 1 half of virus-infected persons have never received a diagnosis from their physician. Investigators, led by Norah Terrault, MD, Chief of Gastroenterology & Hepatology at the USC Keck School of Medicine, noted the findings evidence the real-practice effects of a largely asymptomatic disease such as viral hepatitis.

"It can be sort of silent," Terrault told MD Magazine®. "You can’t wait for patients to either present with symptoms or have a lab test come back abnormal. You have to screen based on risk profiles and/or age and/or just screening.”

The team surveyed 14,745 participants, all at least 20 years old, via complete serologic analyses from 2013-2016. Detection of serum HBsAg and anti-HCV, respectively, defined HBV and HCV infections. The key yes-or-no question for participants was: “Has a doctor or other health professional ever told you that you have hepatitis B or C?”

“Probably the most striking finding is that more than 50% of patients who are infected don’t know that they’re infected,” Terrault said. “The very first step if you’re going to eliminate a disease is that individuals have to know they have it.”

Infected patients who are unaware of their condition risk health problems themselves, as well as transmitting the infection to others—either through sexual contact in the HBV or through blood-to-blood contact (such as an unsterile needle) in the case of HCV.

“Some unaware have been infected for many decades and are at risk of complications,” Terrault said, citing liver scarring or even cancer as primary concerns.

According to the study, the likelihood of infection awareness increased in accordance with US citizenship, higher education, income above the poverty line, not being married, lower BMI, access to insurance, history of injection drug use (for HCV-infected participants,) and an atypical level of alanine aminotransferase for non-Hispanic, HBV-infected participants.

Terrault told MD Mag that foreign-born residents of the US are an especially vulnerable population.

“Many of them brought the infection with them, and there’s a population that isn’t getting testing,” Terrault said. “It may be a group that is less accessing public health information; maybe information not available to them in their preferred language; maybe they’re seeing providers that are going to be less aware.”

Even if the infection is identified, it’s possible that the format of the diagnosis information could be confusing. In addition, if a patient changes doctors, the diagnosis could be lost in the shuffle altogether, drastically increasing the risk of later complications in the absence of treatment.

The overall lack of awareness surrounding HBV/HCV necessitates provider education on cut-off values for abnormal levels of alanine aminotransferase, which should prompt screening, as well as greater screening of high-risk, vulnerable populations.

In the future, Perrault hopes that the study encourages a broad educational and public information focus on HBV and HCV.

“There’s still a significant amount of stigma associated with having these infections, and that prevents patients from coming forward to be tested,” Perrault said. “I’d like to get this message of hope to the patient population in a public forum.”

The study, “Gaps in Viral Hepatitis Awareness in the United States in a Population-based Study,” was published in the Clinical Gastroenterology and Hepatology Journal (CGH).

Click here to sign up for more HCPLive® content and updates.
Related Coverage >>>
How Will COVID-19 Change Pediatric Care?
Brian LaMoreaux, MD: Practicing Rheumatology During and After COVID-19
COVID-19 Lockdown Having an Impact on Adolescent Mental Health
You May Also be Interested in
Most Popular
Adam Friedman, MD: Returning to Normal During the COVID-19 Pandemic
Ixekizumab Improves Signs and Symptoms of Psoriatic Arthritis
Immunotherapies at the Forefront of COVID-19 Treatment Research
Understanding the Pathophysiology of Crohn's Disease
Secukinumab Reduces Spinal Pain for Axial Spondyloarthritis