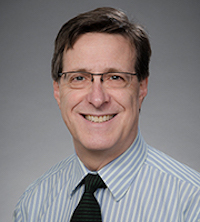 The study adds to the concern surrounding increasing long-term air pollution exposure rates and its influence on chronic lower respiratory disease—already the third leading cause of death worldwide.

A team of investigators—led by Joel D. Kaufman, MD, MPH, of the School of Public Health at University of Washington, and R. Graham Barr, MD, DrPH, of the Department of Medicine at Columbia University Medical Center—sought to better understand the association between ambient air pollution exposure and respiratory morbidity and mortality. They noted previous efforts have mostly focused on short-term effects, with less emphasis on disease progression.

“No longitudinal studies of air pollution and emphysema progression on CT scan, to our knowledge, have been reported,” they wrote.

The team conducted their retrospective cohort using data from the Multi-Ethnic Study of Atherosclerosis (MESA), a clinical cardiovascular disease study which recruited patients aged 45-84 years old from 6 US metropolitan areas from 2000-2002—as well as the MESA Air Pollution Study, which recruited similarly aged patients from 2005-2017.

All MESA participants with valid air pollutant exposure estimates, outcomes, and covariates were included for the analysis. In total, 7071 adults were recruited.

Investigators assessed for residence-specific concentration estimates of air pollutant, including O3, PM2.5, NOx, and black carbon. Their main outcome was percent emphysema, as defined by the percent of lung pixels less than -950 Hounsfield units.

Ambient O3 concentrations were significantly associated with greater patient decline in forced expiratory volume in 1 second (FEV1) per 10 years at both baseline and follow-up.

Though all 4 observed air pollutants have been associated throughout previous trials to respiratory events, few studies have found a longitudinal association between O3, PM2.5, and NOx and lung function decline in older adults.

“To our knowledge, this is the first longitudinal study to assess the association between long-term exposure to air pollutants and progression of percent emphysema on CT in a large, community-based multiethnic cohort,” they wrote.

That said, Kaufman, Barr and colleagues observed several limitations—the first being that outdoor air pollution concentrations may not fully reflect the air pollution exposure and dose in each individual and their microenvironments.

But becomes percent emphysema has been related to respiratory symptoms, hospitalizations, and mortality among individuals who may or may not suffer from airflow obstruction, these community-based findings are nonetheless novel indications that air pollution is associated with worsened lung health.

The study, “Association Between Long-term Exposure to Ambient Air Pollution and Change in Quantitatively Assessed Emphysema and Lung Function,” was published online in JAMA.