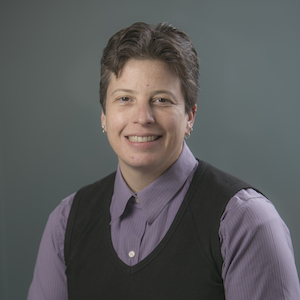 Shana Stites, PsyD
As many as 5 million Americans were living with Alzheimer’s disease (AD) in 2013, according to the Centers for Disease Control and Prevention. This number is projected to rise to 14 million people by 2050, a nearly three-fold increase.

Alzheimer’s disease presents a unique medical challenge, particularly to researchers. It remains the only top 10 cause of disability without a therapy to hinder its progression.

Currently, several trials are trying to develop therapies for AD by 2025. These trials’ success, however, depends upon participants who are willing to undergo genetic and biomarker testing to learn if they are at risk of AD dementia. The stigma surrounding the neurodegenerative disease is a hurdle for clinical trials.

"These are important topics for clinicians to talk about with their patients who either have or are concerned about an Alzheimer’s diagnosis," Shana Stites, PsyD, Perelman School of Medicine, University of Pennsylvania, told MD Magazine. "By understanding what the biggest concerns are about the disease, we can help develop programs and policies to reduce the stigma about Alzheimer's disease."

A sample of 317 adults with a median age of 49 years read and reacted to a fictional vignette of a person with AD dementia. The study randomly assigned participants to 1 of 3 groups for comparison. These groups were based on whether participants were told the person’s condition would worsen, improve, or remain unchanged.

Researchers used a modified version of the Family Stigma in Alzheimer's Disease Scale (FS-ADS) to assess the beliefs, feelings, and expectations of respondents. Participants answered questions about how likely it would be for the vignette character’s health insurance to be limited due to his medical record, due to a result from a brain scan, or due to a result from a genetic test.

"The Genetic Information Nondiscrimination Act of 2008 (GINA) helps to protect against discrimination on the basis of genetic data so this may offer assurance and protection to those who learn their genetic risk of Alzheimer's," said Stites. "But currently there are no policies to offer similar protections for individuals on the basis of a biomarker result. In addition to policies, like GINA, there's a need for programs to educate the public about those policies. In our study, 45% of those surveyed were worried a genetic result could lead to insurance-based discrimination even though this study was conducted years after GINA was created."

The study included questions about the likelihood that the character would face employment discrimination, be excluded from voting or medical decision-making, or exhibit symptoms such as short-term memory loss.

The most common beliefs were expecting that the person would not remember most recent events (73.8%), would face employment discrimination (55.3%), and would be excluded from medical decision-making (55.3%).

“Public education and policies are needed to address expectations of employment and insurance discrimination related to gene and biomarker risk data,” said the authors. “Studies are needed to understand how advances in diagnosis, testing, and treatment may shift AD stigma and to help position these advances as opportunities to reduce AD stigma.”

The study, “What features of stigma do the public most commonly attribute to Alzheimer's disease dementia? Results of a survey of the U.S. general public,” was published in Alzheimer's & Dementia: The Journal of the Alzheimer's Association.