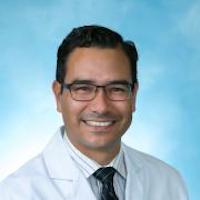 The findings of a recent study indicated that an EHR-based intervention could have implications for opioid prescribing and could be used to help combat the opioid epidemic.

Juan Carlos Montoy, MD, PhD, and a team of investigators sought to determine whether and the extend that changes in default settings in the EHR were associated with opioid prescriptions for patients leaving the emergency department. The team collected data and found that a lower EHR default setting was associated with a lower number of prescribed pills.

Montoy, from the Department of Emergency Medicine at University of California, San Francisco, and colleagues changed default quantities for opioids from typical quantities of 12 or 20 pills to either none, 5, 10, or 15.The provider ultimately decided who to prescribe the opioids to and could modify the quantity prescribed without being restricted.

Over the course of 5, four-week time frames, Montoy and the team altered the dispense quantities for discharge prescriptions for commonly prescribed opioids. Emergency department providers were not made aware of the changes, or even that the study was being conducted. The sites for the study included University of California, San Francisco, Medical Center, an academic, urban, tertiary-care center, and Highland Hospital, an urban, level 1 trauma center and safety-net teaching hospitals.

The team randomly assigned default dispense quantities—null, 5, 10, and 15—to four-week periods for each opioid from November 28, 2016–July 9, 2017. For the null quantity, the provider needed to enter a dispense quantity into the EHR.

Overall, 4333 prescriptions were issued by 104 emergency department healthcare providers, and the sample size included 4320 prescriptions due to missing quantity data. The mean quantity prescribed in the preintervention period was 14.8 tablets.
A majority of the prescriptions (78.6%) were for combined acetaminophen (325 mg) and hydrocodone (5 mg).

In 8 comparisons of default EHR settings, when the prescription was auto populated with a lower default quantity of opioid tablets, fewer were prescribed. Only in 1 case did a lower default have a higher number of pills prescribed (difference of -1.4; 95% CI, -2.3 to -.4).

Click here to sign up for more HCPLive® content and updates.
Related Coverage >>>
Female Surgical Applicants Not Equivalent to Med School Graduates
Nearly 40% of Adults Suffer From a Functional Gastrointestinal Disorder
Kerry Cooper, MD: Sodium Zirconium Cyclosilicate in Hemodialysis Patients
You May Also be Interested in
Most Popular
Migraine and Depression: It's All the Same Brain
For Robin Williams, Diagnosis Came Too Late
Suicide Rates Increasing in Several Demographics
Can Cough Medicine Treat Depression?
How Pregnancy Affects a Tummy Tuck