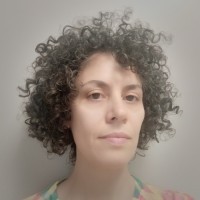 Investigators found an association between exposure to air pollution during pregnancy and stunted physical growth in offspring in the early years after birth.

Serena Fossati, MD, PhD, and a team of investigators included mother-child pairs from the Spanish INMA birth cohort to understand the association between outdoor air pollutants exposure in the first trimester of pregnancy and growth and cardio-metabolic risk at 4 years of age. The findings suggested that prenatal exposure to such pollutants had lasting effects on growth after birth.

Fossati, from Pompeu Fabra University in Spain, and colleagues examined 1724 mother-child pairs from the cohort established in 2003-2008. To be included in the study women had to be >16 years old; intention to give birth in the reference hospital, no problems in communication, singleton pregnancy, and non-assisted conception. The team conducted follow-up visits during the third trimester of pregnancy, at birth, and at child ages 1 and 4 years old. What’s more, interview-based questionnaires were issued to the mothers.

Fossati and the team tested the link between exposure to air pollution during the first trimester and the outcomes using linear regression models.

A majority of the mothers included were of Spanish origin (94.1%) with a mean delivery age of 32.3 years old. Obesity/overweight prevalence was 31.5%, with 9.6% of children being obese.

During the first trimester, exposure to NO2 and PM2.5 were inversely associated with growth parameters, height, weight, and BMI. Most associations were not statistically significant.

Higher exposure to PM2.5 during the first trimester was associated with a statistically significant decrease in zWeight (beta for an IQR increase in exposure=−.13; 95% CI, −.23 to −.02) and zBMI (beta=−.12; 95% CI, −.23 to −.01). Exposure to both levels was also associated with reduced risk of being in an accelerated BMI gain trajectory, compared to those with the average trajectory.

Greater exposure to particulate matter during the first trimester of pregnancy was linked with a higher risk of lower weight and BMI at 4 years old. For NO2, exposure was similar but not statistically significant.

“The implication of our findings is that prenatal exposure to air pollutants has a lasting effect on growth after birth and that this parameter should be followed up at later ages,” Fossati said in a statement.

The study, “Prenatal air pollution exposure and growth and cardio-metabolic risk in preschoolers,” was published online in the journal Environment International.