Air Pollution Can Lead to Hypertension During Pregnancy 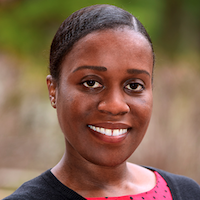 Exposure to traffic-related air pollution during pregnancy can increase the woman’s chance of hypertension, according to a recent report.

Scientists at the National Toxicology Program reviewed published research to learn the link between traffic-related air pollution and hypertensive disorders broken down by pollutant measurements like particulate matter (PM2.5). Exposure to PM2.5 is linked to the development of hypertensive disorders in pregnant women, lead scientist Brandy Beverly, PhD, a researcher at the National Institute of Environmental Health Sciences, said.

“When these women are exposed to PM2.5 during their entire pregnancy, the likelihood of developing preeclampsia increases by about 50%,” Beverly said in a statement.

Pregnant women are more likely to have a pre-term delivery, according to the American College of Obstetrics and Gynecology. The mothers’ infants are at a higher risk for low birthweight and a variety of long-term health problems associated with pre-mature birth.

After a request from pediatricians to evaluate the connection between children’s health and its association with air pollution, investigators conducted a systematic review of more than 300 studies to find relevant data. The team ultimately evaluated 18 human observational studies and 1 animal study that addressed hypertension during pregnancy and traffic-related air pollution.

The National Toxicology Program scientists looked at the combined evidence from the individual components and found that traffic-related air pollution is a presumed human hazard for hypertensive disorders during pregnancy.

Investigators could not distinguish between the 4 types of disorders. The four-tiered scale to classify human hazards ranges from “known,” to “presumed,” then “suspected,” and finally “not classifiable.”

The results of the studies showed that traffic-related PM2.5 and NO2 present a consistent pattern of findings that exposure to them is associated with the development of hypertensive disorders in pregnant women. There was also evidence that living in high-traffic density regions or close to major roads could lead to the development of hypertensive disorders during pregnancy.

The team found evidence for other traffic-related pollutants like carbon monoxide, black carbon, and elemental carbon, provided inconsistent results across studies and that level-of-evidence conclusions were not reached.

Ultimately, they concluded that exposure to traffic-related air pollution is presumed to be hazardous to pregnant women for developing hypertensive disorders.

The report, "NTP Monograph on the Systematic Review of Traffic-related Air Pollution and Hypertensive Disorders of Pregnancy," was published online.

Click here to sign up for more HCPLive® content and updates.
Related Coverage >>>
ACC House Call: Laxmi Mehta, MD, on Burnout in Cardiology
FDA Pulls Ranitidine Off the Market
Notes from Rounds: The State of SGLT2 Inhibitors
You May Also be Interested in
Most Popular
Flu Cases Near 30 Million in the US, CDC Reports
Erectile Dysfunction, Sexual Symptoms Linked to Increased Mortality in Men
Comparing RT-PCR and Chest CT for Diagnosing COVID-19
Gastrointestinal Issues Could Help Diagnose Coronavirus
Concern Over Sleep Apnea and Coronavirus Transmission