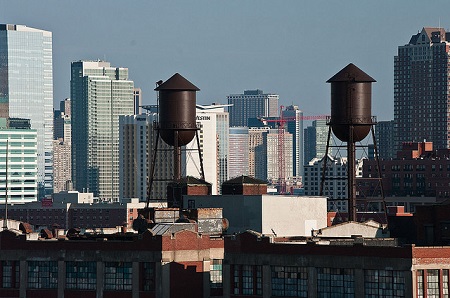 Short-term exposure to particulate matter (PM) is independently associated with daily all-cause, cardiovascular, and respiratory mortality in persons across 600-plus cities in the world, according to a new study.

The assessment of daily air pollution exposure data from 652 cities in 24 countries or regions by a team of international investigators delivered a comprehensive understanding of how inhaled PM10 and fine PM2.5 exposure affects persons globally.

Investigators observed a strong correlation between the 2 measures of PM, with a mean Pearson correlation coefficient of 0.78.

With regard to gaseous pollutant adjustments, the associations remained significant. Associations were even strong in areas with lower annual mean PM concentrations, and higher annual mean temperatures.

In an editorial accompanying the study, Renee N. Salas, MD, MPH—of the Department of Emergency Medicine at Massachusetts General Hospital and Harvard Medical School—noted the new findings elucidate the well-recognized implication of climate change on cardiovascular and respiratory disease rates.

But it’s in the more newly-discovered associations between climate change and human health—as with chronic disease condition, among others—that drives the call for more education on the real dangers of worsening climate change.

“Neither the gravity and enormity of climate change nor the unfortunate politicization of this health emergency should cause us to shy away from action,” Salas and colleagues wrote. The timeline for action to avert some of the most catastrophic health outcomes of climate change has been estimated to be a little over a decade.”

Liu and colleagues concluded one aspect of health outcomes which must be addressed is the well-evidenced association between PM exposure and worsened cardiovascular and respiratory mortality.

“This study also provides the statistical power to examine the global concentration–response functions of particulate air pollution at both low and high baseline levels,” they noted.

The study, “Ambient Particulate Air Pollution and Daily Mortality in 652 Cities,” was published online in the New England Journal of Medicine.

Click here to sign up for more MD Magazine content and updates.
Related Coverage >>>
Post-Stroke Health Better Among Young Minority Patients Than White Patients
Minorities Disproportionately Cared for in ICU
Flu Cases Reach 13 Million in the US, CDC Reports
You May Also be Interested in
Most Popular
Coronary Calcium: Does It Add Anything to Our Armamentarium?
Ethical Dilemmas in Primary Care: Applying Objective Standards to Individual Patients
Cost-Effectiveness of PCI in Patients With Stable CAD, Abnormal FFR
Pneumonia Symptoms, Burden Lengthened in COPD Patients
Top 10 Painkillers in the US