Aging Getting Tougher for People with HIV 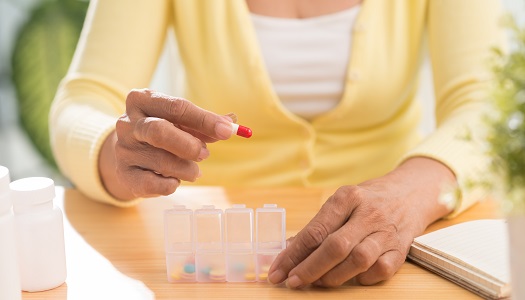 For the first generation aging with the human immunodeficiency virus (HIV), their future appears bleaker than it is for the uninfected, according to a recent British study.

“We are seeing the first wave of individuals who have been on antiretroviral therapy (ART) for a substantial period of time and who are aging with HIV,” the UK’s Terrence Higgins Trust reported. “We are also seeing a new phenomenon as more people than ever before are diagnosed with HIV aged 50 or over. The result is that the proportion of people living with HIV are aged 50+ will continue to rise…This is uncharted territory.”

Experts in the United States, where 42% of Americans living with AIDS are 50 or older, have expressed similar concerns. “Even when their disease is well controlled, people with HIV can develop aging-related conditions such as cardiovascular disease, certain cancers, kidney and liver disease, osteoporosis, and cognitive impairment decades ahead of their HIV-negative counterparts, and their life expectancy is significantly reduced. The health needs of the increasing number of HIV-positive Americans who are reaching older ages have become a significant public health issue,” the National Institute on Aging stated in 2013.

Other health problems, in addition to HIV/AIDS, were among the major concerns that the Trust’s researchers found in their survey of 246 people from across the UK who were living with HIV. This cohort had on average three times as many chronic health problems as the general population.

“Many people reported that they were already struggling to remember to take multiple medications, as well as remember the multiple healthcare appointments their health conditions demanded,” the report continued. “Nearly eight out of 10 (79%) were concerned about memory loss and cognitive impairment in the future and how they could cope with managing multiple health conditions.”

Financial independence and dependence were also concerns among study participants. Fifty-eight percent of them were living below the poverty line, a jump of 10% since 2010. More than one-third depended on welfare benefits and 84% were worried about future financial difficulties.

Social isolation complicates the picture. Of the population sample, one-third said they were socially isolated and 25% said they had no one who would assist them if they needed help on a daily basis. Eighty-two percent said they were moderately or highly lonely.

Female respondents had special gender-related concerns. “Analysis shows that women were more concerned about all aspects of growing older with HIV than men,” the report said. “Women were most concerned about the long-term effects of HIV and ART as well as how they would manage co-morbidities. Caring for family came out as a strong concern of women across all aspects of the research.”

Not everyone surveyed was dissatisfied with their lives. Of those 65 or older, 77% reported that their well-being was good or very good. “The older a person living with HIV got the happier they felt, the better their well-being, the lower their levels of HIV self-stigma,” the report said.

If this is any indication for the larger HIV-positive population, it gets better.

The report, “Uncharted Territory: A report into the first generation growing older with HIV,” was provided by Terrence Higgins Trust.

Click here to sign up for more HCPLive® content and updates.
Related Coverage >>>
How COVID-19 Affects Children and Pediatric Care
How ACE2 Reduction Associated with Aging Affects COVID-19 Severity
Online Survey Reveals Patient Knowledge, Misperceptions About COVID-19
You May Also be Interested in
Most Popular
Limited Supply of Chloroquine, Hydroxychloroquine Could Affect COVID-19 Use
Flu Cases Near 30 Million in the US, CDC Reports
Comparing RT-PCR and Chest CT for Diagnosing COVID-19
Gastrointestinal Issues Could Help Diagnose Coronavirus
Why Does This Patient Have a Hyperlucent Right Lung and Rib Deformities?