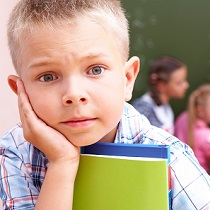 Megan E. Narad, PhD, Cincinnati Children’s Hospital Medical Center, Division of Physical Medicine and Rehabilitation, led a team of researchers who investigated the long-term effects of TBI as well as family dysfunction on the development of SADHD. Previous research about the impact of TBI on the development of SADHD only followed subjects for 2-3 years, potentially overlooking children who developed SADHD several years after experiencing TBI.

The researchers followed a cohort of 187 children, aged 3-7 years, who each had an overnight hospital stay for either traumatic brain injury (TBI) or, for the control group, orthopedic injury (OI).  Parents completed assessments at baseline (0-3 months), 6 months, 12 months, 18 months, 3.4 years, and 6.8 years after injury. The parent questionnaire covered basic demographics, behavioral and mental health diagnoses, and treatment for behavioral or emotional symptoms. Patients’ family functioning and socioeconomic status were also collected.

Most children with severe TBI who developed SADHD did so within the first 18 months after injury, however, a portion of those with complicated mild and moderate TBI reported new onset of SADHD at the final 2 assessments.

Although patients with severe TBI were at greatest risk of developing SADHD, children with less severe brain injuries were still twice as likely to display attention problems as compared with those in the OI control group.

Given these results, the researchers recommend a close monitoring of children with a history of brain injury even when it has been many years since the injury or in the case of a moderate injury. Narad added that following TBI, “when counseling patients and their families, it would be important to discuss the potential for development of attention problems… and it is important to monitor periodically for these risk factors.”

The study, “Secondary Attention-Deficit/Hyperactivity Disorder in Children and Adolescents 5 to 10 Years After Traumatic Brain Injury,” was published in the Journal of the American Medical Association.

Click here to sign up for more HCPLive® content and updates.
Related Coverage >>>
First Flu Strain Impacts Ability to Fight Virus for Life
Notes from Rounds: On The Floor at SCCM's Annual Critical Care Congress
Varenicline Safe for Smoking Cessation, Reduces Hospitalization Risk
You May Also be Interested in
Most Popular
The Fear of the Coronavirus, and the Reality of the Flu
FDA Approves IV Meloxicam for Pain Management
Education is Key in Spreading Awareness of Rare Heart Condition
Top 10 Painkillers in the US
Apomorphine Helps Increase On Time Response for Parkinson Disease Patients