Addressing Stigma That Limits PrEP Use for HIV 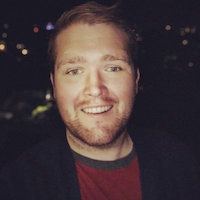 Kiffer Card, PhD
The media was found to be both complicit in increasing stigma around pre-exposure prophylaxis (PrEP), and helpful in reducing it as an impediment to its use for HIV prevention, according to the results of new study.

In research focused on identifying the media’s role in originating, facilitating, and perpetuating stigma surrounding PrEP acquisition or prescription—led by Kiffer Card, PhD, a postdoctoral fellow at the University of Victoria’s School of Public Health—investigators detailed how stigma could influence the public’s use of a critical preventive therapy such as PrEP.

"Stigma gives rise to normal and non-normal patterns of behavior of identity formation, and, in turn, these patterns have the potential to negate the effectiveness of otherwise promising prevention strategies such as PrEP," they wrote.

Card and colleagues cited examples of the media contributing to confusion, misunderstanding and stigmatization of a range of issues such as mental illness, genetically modified foods, and climate change, "even in the face of near-scientific consensus on these issues."

Adversely, they also credit the media for its role in shaping social discourse about scientific innovations along with the stigma that can surround them, and the capacity to exert political and ideological influence on policies that can impact the implementation of new interventions like PrEP.

To ascertain how media could be influencing attitudes about, and utilization of PrEP in Canada, the investigators culled national news databases for articles published between 2008 and 2016 which contained mentions of PrEP or related news.  From an initial sample of more than 3000 search results, they identified 101 media articles for analysis.

In the first analysis, the articles were coded for 9 themes: portrayal of PrEP, regulation, efficacy, awareness, side effects, accessibility, adherence, gender issues, and the topic of stigma.

In a second stage of analysis on the articles on stigma, the investigators examined 3 themes: sources of stigma, underlying rationale for stigma, and rhetorical strategies to react to PrEP stigma.

In the sources for PrEP stigma, healthcare providers were likely to be characterized as "disappointed" in their patients who had "given up on condoms" in opting for PrEP. Sources of stigma outside healthcare were likely to equate the use of PrEP to irresponsible and promiscuous sexual behavior.

The most commonly identified rationale for stigma was scientific uncertainty about the effectiveness of PrEP.  Articles presenting constructive responses to PrEP stigma were likely to urge for evidence-based policies.

The investigators acknowledged the difficulty of communicating uncertainty and risk without destabilizing public confidence in scientific consensus, and they offered possible strategies. They favored, for example, using expert opinion—but cautioned it should be presented within the broader context of existing evidence. They also warned against false equivalencies in well-intended efforts to present fair and balanced reporting.

The task of the healthcare providers to resist stigma in caring for patients who would benefit from PrEP, although not a focus of the study, was a central concern of Card when interviewed by MD Magazine®.

"I think one of the big issues with PrEP is that many gay and bisexual men are not 'out' to their doctors," Card said. "I think this reflects both the reality that many don't access medical services, but may also be due to a lack of comfort disclosing this information to their doctors."

Card suggested that providers ease such disclosures with affirming literature, signage, and reading materials, or by simply training staff to use friendly, open, respectful, and non-judgmental language when interacting with patients.

"Taking such steps can signal to individuals that they are in a safe place and remove the burden from patients who might otherwise feel uncomfortable or awkward bringing up their sexual health," Card said.

The study, "Stigma, the Media, and Pre-exposure Prophylaxis for HIV Prevention: Observations for Enhancing Knowledge Translation and Resisting Stigma in the Canadian Context," was published online in AIDS and Behavior.

Click here to sign up for more HCPLive® content and updates.
Related Coverage >>>
How Will COVID-19 Change Pediatric Care?
Brian LaMoreaux, MD: Practicing Rheumatology During and After COVID-19
COVID-19 Lockdown Having an Impact on Adolescent Mental Health
You May Also be Interested in
Most Popular
First Hypertension Drug of Its Kind Obtains FDA Approval
Many Parents Keep Unused Prescription Opioids at Home
Revised Declaration of Geneva Could Replace Hippocratic Oath
Why do Women Have Trouble Taking Their Prenatal Vitamins?
Twelve Myths About Physician Assisted Suicide and Medical Aid In Dying