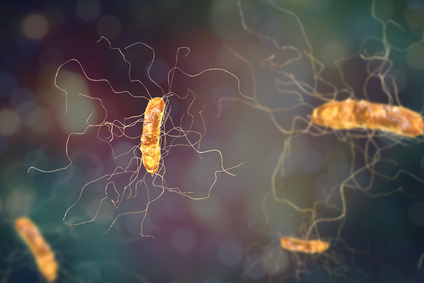 Adding the use of ultraviolet light to disinfection practices are helpful in reducing Clostridium difficile (C difficile) infections, according to a team of investigators from the Mayo Clinic in Rochester, Minnesota.

At the team’s clinic in 2014, the infection rate was 9.23 per 10,000 patient days, though some units were as much as 5 times higher, including the hematology and bone marrow transplant wards. Despite the implementation of bleach cleaning, C difficile rates remained high.

In order to test whether the additional ultraviolet light would decrease C difficile infection rates, the team designed an intervention across 3 units. They began their ultraviolet intervention in 2 hematology wards and 2 bone marrow transplant units plus a medical surgical unit. There were also 3 similarly matched control units.

The ultraviolet disinfection step was added after patient discharge and terminal cleaning using a pulsed xenon ultraviolet disinfection for a 6-month period between October 2014 and March 2015. The process was performed in 3 positions in 5-minute cycles before the bed was made, but after the terminal cleaning procedure. Drawers and doors inside the rooms were open, while telephone and blood pressure cuffs were hung. Television remotes were placed on the tray table and pillows were set on windowsills while the curtains were three-quarters closed. For the second pulse, pillows were flipped, and the third cycle was conducted in the bathroom.

The investigators reported about 85% of rooms in the ultraviolet intervention were terminally disinfected with the pulses during the experiment. They cited machine unavailability/mechanical failures and the need for a quick room turnover as reasons for not completing the cleaning the remainder of the time.

The use of the xenon pulse added an average of 25 minutes to the room turnover time. The devices were accepted by the environmental services staff, nursing and physician staff, patients, and families of the intervention units. Both the intervention and control units remained at above 90% in measures of hand hygiene compliance with isolation precautions. They did not implement any new antimicrobial stewardship initiatives during the time of the study period.

The investigators expanded their process to additional units in January 2016, adding 14 hospital units with the highest rates of C difficile infection. For 2016, the team hoped to keep the ultraviolet utilization rate above 80% and succeeded. In 2016, the utilization rate was 83%. In 2015, the hospital-wide, hospital-acquired C difficile infection rate was 6.4 per 10,000 patient days, but it dropped to 5 per 10,000 patient days in 2016.

The investigators noted that this reduction has been sustained through 2018, and that reported patient satisfaction with cleanliness of the rooms increased between 2015 and 2016.
“Depending on baseline C difficile infection rates and performance on other healthcare-associated infection metrics, ultraviolet disinfection has the potential to be a cost-saving measure.” the study authors concluded.

They noted that the expense of the machines and the cost of educating and staffing environmental services and the facility staff were barriers and worth investigating in the future.
The paper, titled “A trial of pulsed xenon ultraviolet disinfection to reduce Clostridioides difficile infection,” was published in the American Journal of Infection Control.