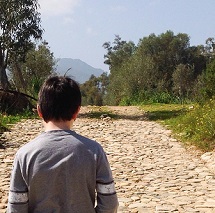 A diagnosis with attention deficit disorder (ADD) with or without hyperactivity (ADHD) was more common among children who died by suicide compared to early adolescents who committed suicide, according to a study published in Pediatrics.

Researchers from the Nationwide Children’s Hospital in Columbus, Ohio analyzed the National Violent Death Reporting System surveillance data recorded between 2003 and 2012 in 17 states in order to determine the causes of suicide deaths in children aged 5 to 14 years. Originally, the researchers set out to understand the differences among racial differences. The researchers noted that suicide in this age group is not well studied, despite a recent uptick: in 2014, suicide was the 10th leading cause of death for children aged 5 to 11 years. The children were also categorized into different age groups, from 5 to 11 years and between 12 and 14 years.

But, the researchers also found, having a mental health condition was present in about a third of the deaths from the sample. Children (5-11) who had ADD or ADHD were more common among the deaths than other adolescents (12-14), who were more likely to be affected by depression or dysthymia.

As far as classification by race, the investigators learned that there was an increase among suicides by black children. This was often accomplished by strangulation or suffocation in both black children and adolescents, the researchers found.

“We also found that 29% of children and early adolescents disclosed their intention for suicide to someone prior to their death,” added Dr. Sheftall. “Our study highlights the importance of educating pediatricians, primary health care providers, school personnel and families on how to recognize the warning signs of suicide and what steps to take when suicidal intent is disclosed. These warning signs include a child making suicidal statements, being unhappy for an extended period, withdrawing from friends or school activities or being increasingly aggressive or irritable.”